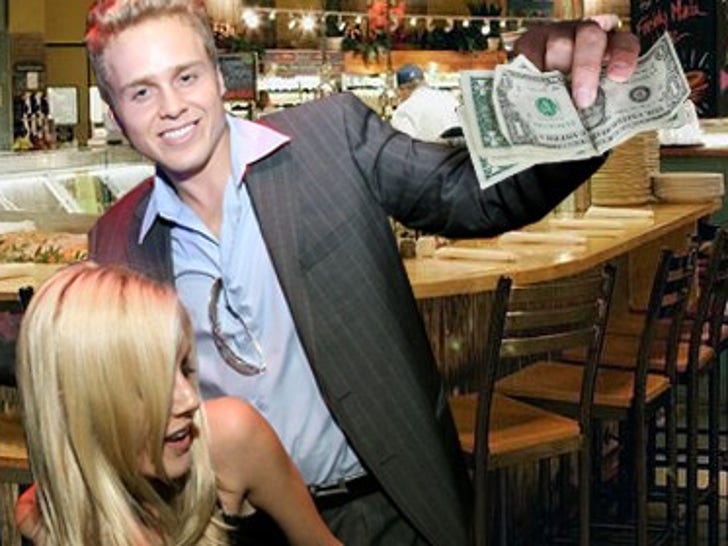 A source tells TMZ that Heidi Montag, Spencer Pratt and two friends ran up a $783 bill at an L.A. restaurant last night -- and when Spency paid the bill, he tipped a whopping 16 bucks! 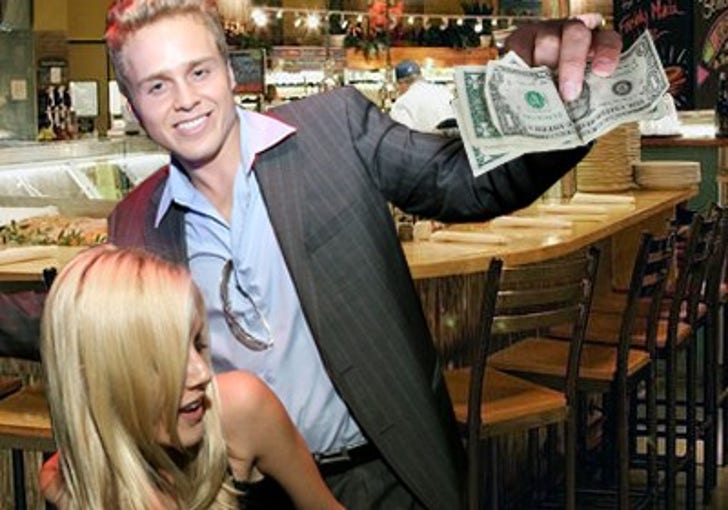 A camera crew was with the vomit-inducing twosome at the time -- no surprise there -- and our source says that when they stopped filming, the server approached a producer from the show about the measly tip. The producer forked over $60 from his own pocket to cover Spencer's shortcomings.

Included on the bill were 12 shots of platinum Patron at $60 a pop. Drinking and simple arithmetic just don't mix.