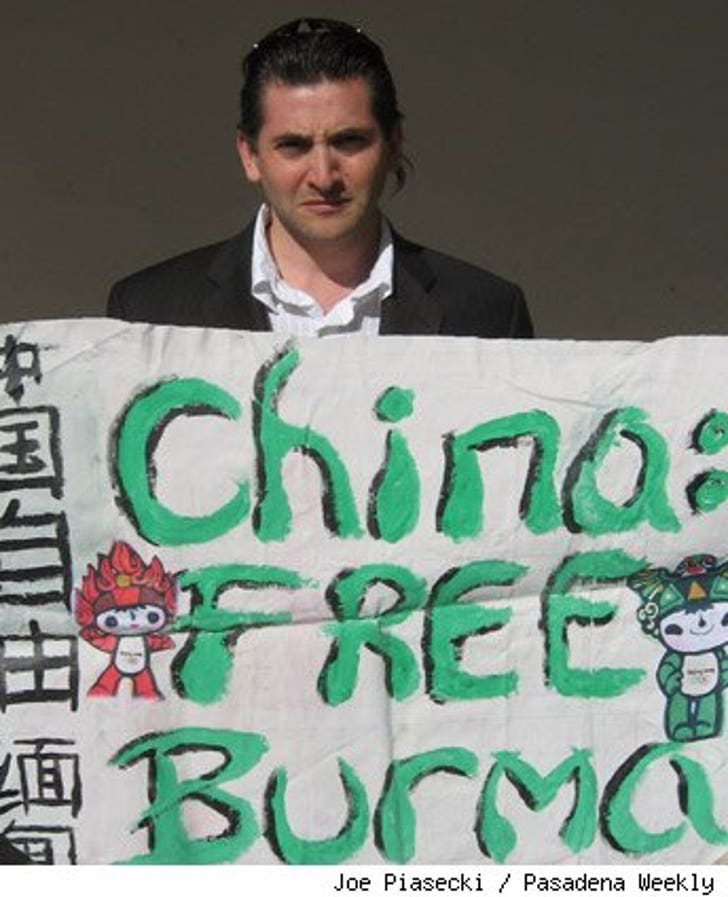 "Boner" is a free man! A judge ruled on Friday that Andrew Koenig, better known as "Boner Stabone" from "Growing Pains" won't face any more jail time or fines for protesting a Chinese float at this year's Rose Parade. Mike Seaver would be so proud!

Cops arrested Koenig after he ran in front of the float holding up a sign that read, "China: Free Burma" and threw him in the clink for more than eight hours -- not so fun, especially if you're nickname is "Boner."

The former child star, now 39, promises to, "continue working to help the Burmese -- just not by jumping in front of floats." It's not like he's got much else going on. We're just sayin'.