For someone with such a big voice, David Cook didn't have jack to say about his meat summit with Kimberly Castoff Caldwell the other night when we asked him about it at JFK yesterday. 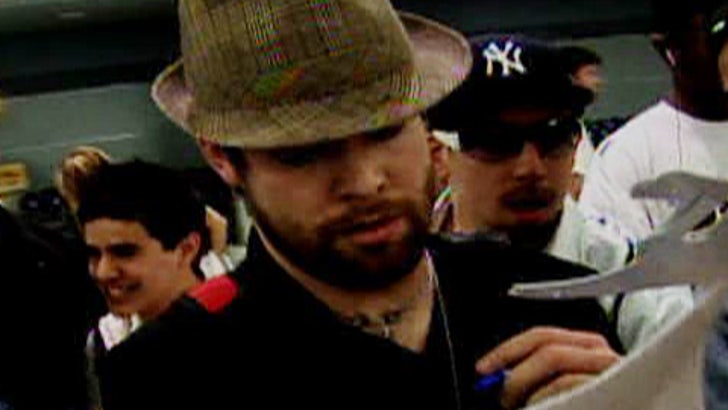 In other news, who knew that both "AI" Davids -- Archuleta and Cook -- were both left handed? That's just weird, people.