Keanu Reeves was hounded by one fan in NYC yesterday. Too bad that fan, like the audiences of the "Matrix" sequels, was left greatly disappointed. 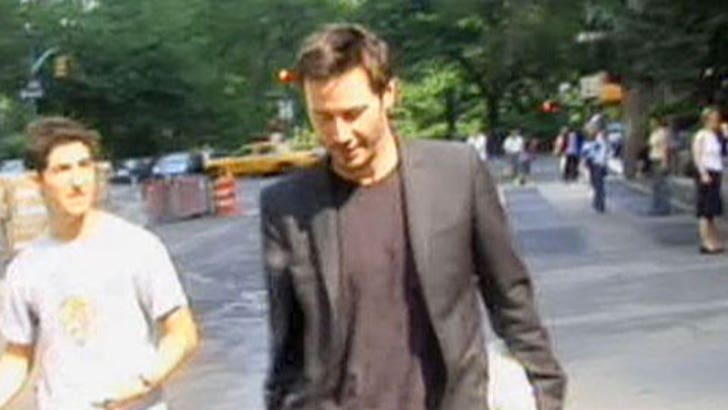 Also in NY: Thalia got stuck in a revolving door with a Univision news crew, Mr. Big and Steve almost locked lips at the "SATC" after-party, where Sarah Jessica Parker caused utter chaos when she left.

In L.A.: Rosanna Arquette was confused for sis Patricia (at least it wasn't Alexis), Tyne Daly looked old, Debi Mazar led a paparazzi marathon and Diane Keaton opted against valet -- and got herself a parking ticket for it.