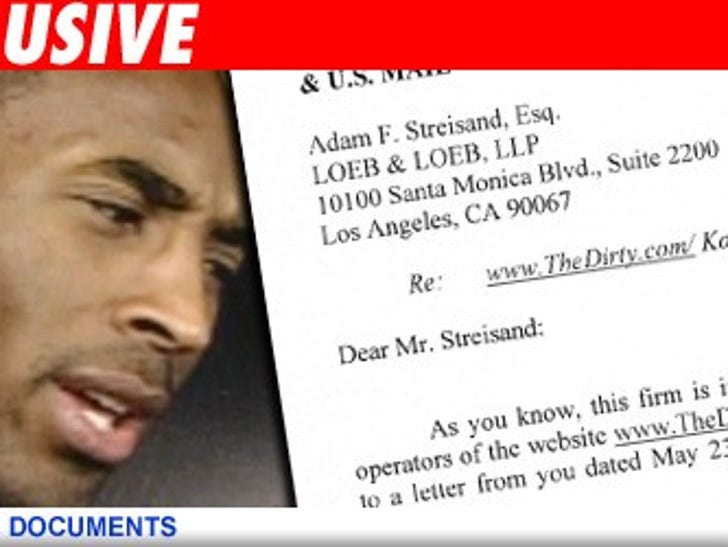 A website that posted a story claiming Kobe Bryant had an affair with a Laker Girl has refused to back down. 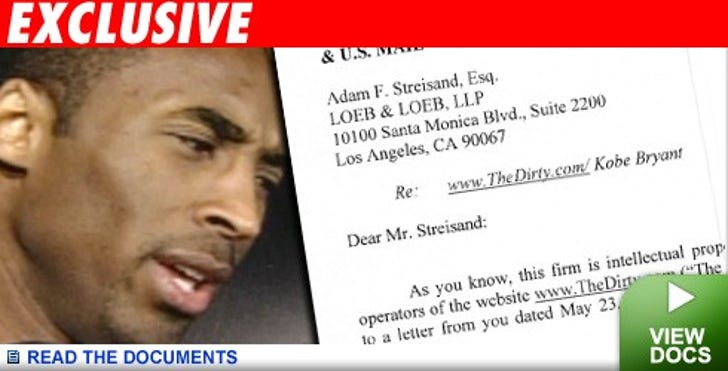 As we first reported, Bryant's lawyer fired off a letter to TheDirty.com, demanding that the post be taken down. Dirty claimed Kobe had an affair with 18-year-old Vanessa Curry, who has resigned her position as a Laker Girl. Now Dirty's lawyer has fired back, claiming the story is true. But get this -- the lawyer says even if it isn't true, "because Mr. Bryant has previously publicly admitted to similar acts of infidelity ... it seems unlikely that any jury would find 'actual malice.'"

And here's the best part: Dirty's lawyer says the fact that Kobe's lawyer sent a demand letter "only increases the likelihood that this story will receive more attention than it already has." Dirty's lawyer then makes reference to "The Streisand effect" -- that's when Babs made a stink over photos of her beach pad taken from a helicopter and it just made everyone aware of where she lived.