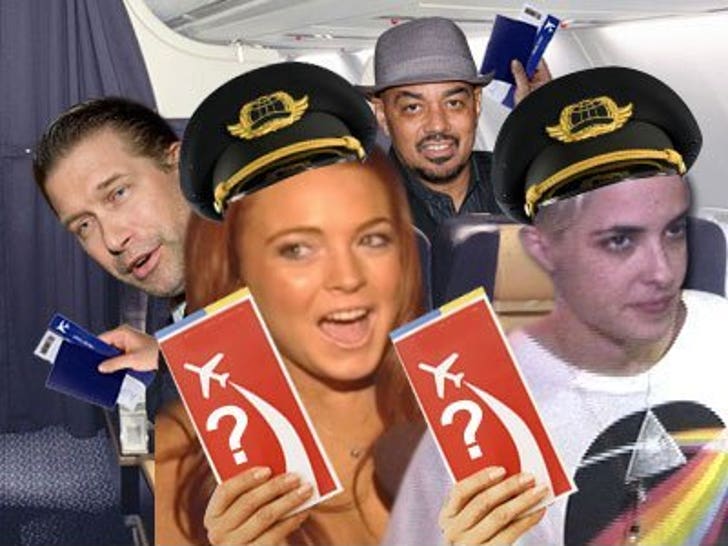 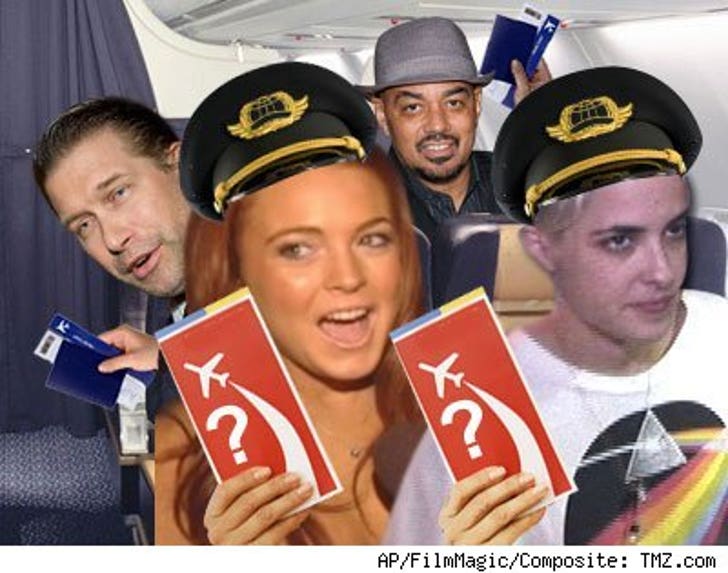 Our sources say that patrons on the New York to L.A. flight had to be moved around so LoRon could sit beside each other in business class -- and that Lindsay requested a "warm compress" to help her ailing chest. Isn't that what Sammy's there for?

Ingram was the only star that had enough scratch to sit in first class -- and Stephen Baldwin rounded up the crew all the way in the back ... as in coach.