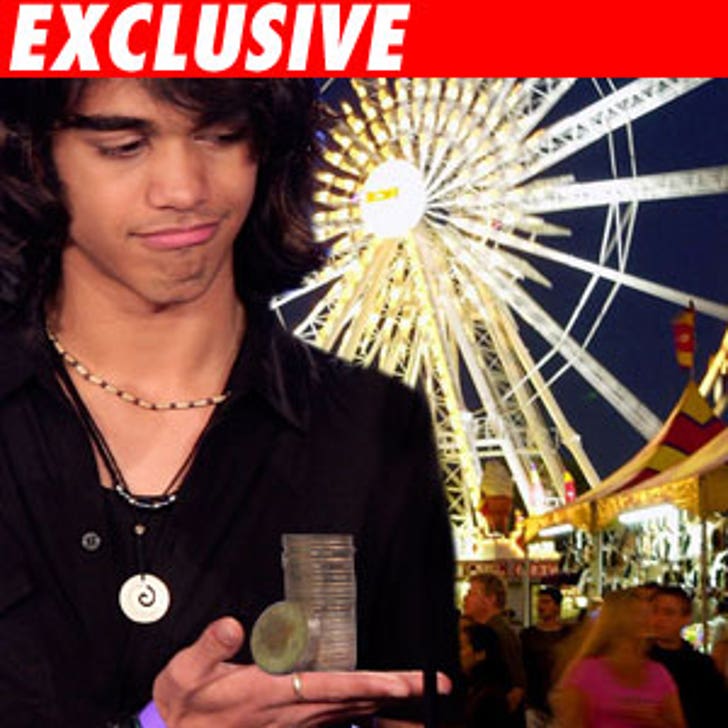 The scene of the crime: The Richmond County Fair. They asked the hair-brained reject to sing. He demanded $8,000.

We're told at the same fair last year, Kimberly Caldwell and Paris Bennett raked in less than $5,000 -- and that's for the package.

So how do we know this? Fair officials called TMZ to ask if eight grand for Sanjaya was fair. We declined to comment on the phone.