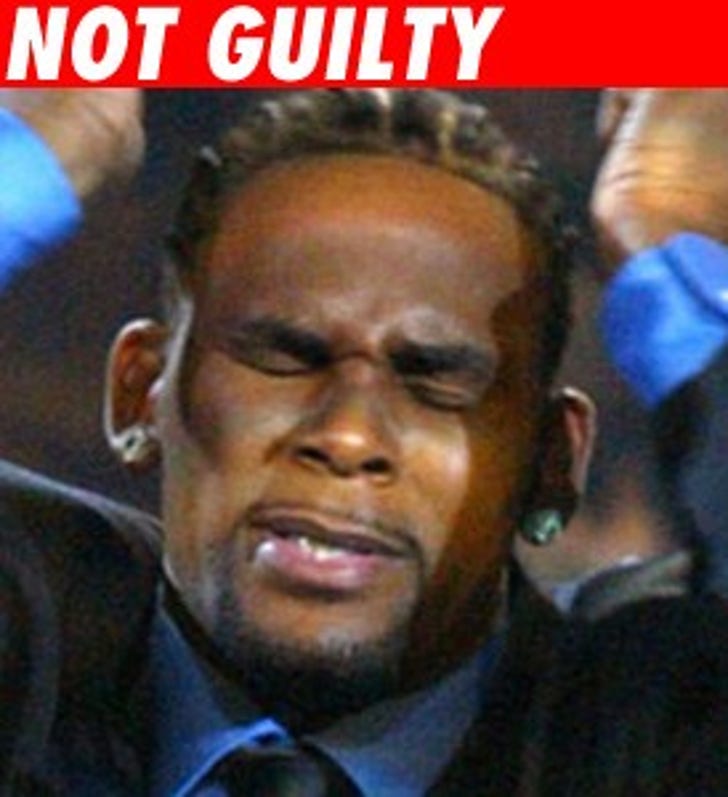 A jury has found R. Kelly not guilty!

A jury acquitted the singer of all fourteen counts of child pornography.

The "Bump and Grind" singer was first charged six years ago after the kinky sex tape surfaced allegedly featuring him having sex -- among other things -- with a girl who was as young as 13 at the time.

Kelly had long denied being on the video tape -- and even the alleged victim said it wasn't her.