One girl hilariously -- at least to us -- broke into tears after catching a glimpse of the Jonas Brothers ... but that's nothing compared to the chick who says she got pooped on while waiting to meet 'em. 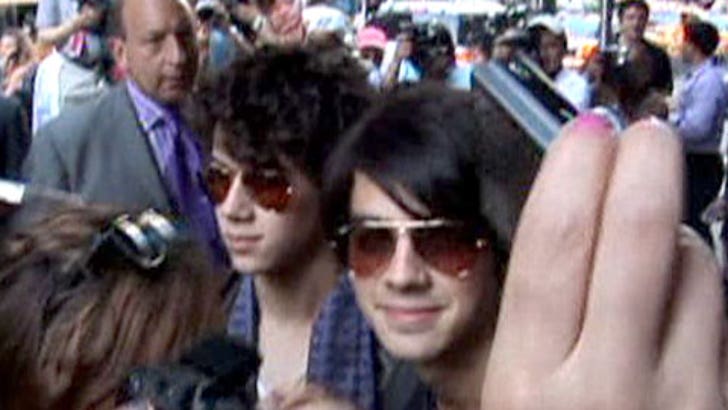 Also in NY: Martha Stewart got swept up by Jonas Bros. fans, Mama Knowles said Beyonce wasn't preggers and we talked to B herself later that night at a Hennessey dinner.