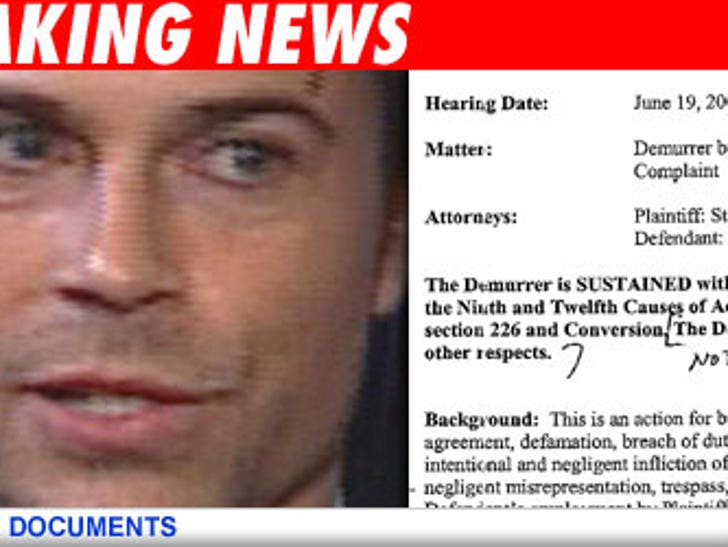 Rob Lowe got a break in court today, as a Santa Barbara judge tossed out two of the claims made against him by the actor's former nanny -- neither of which had anything to do with sexual harrassment though. 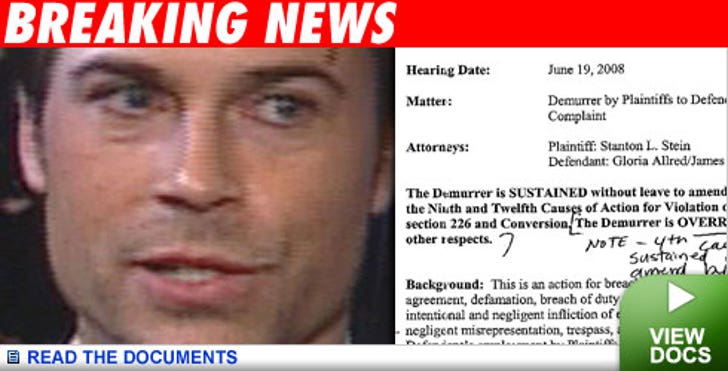 Lowe will still have to deal with the ten counts that matter -- the juicy sex allegations -- but the two allegations of labor code violations made by 24-year-old Jessica Gibson will no longer be a part of the case.

UPDATE: Gibson's lawyer Gloria Allred tells TMZ, "At the end of the day we still have nine causes of action against Lowe and we are still able to move forward with our case. The core of Ms. Gibson's claims are still completely intact and what happened in court today does not affect Ms. Gibson's ability to recover fully for what happened to her. Despite Lowe's legal maneuvering, he has not been able to affect our ability to proceed with the heart of our case."