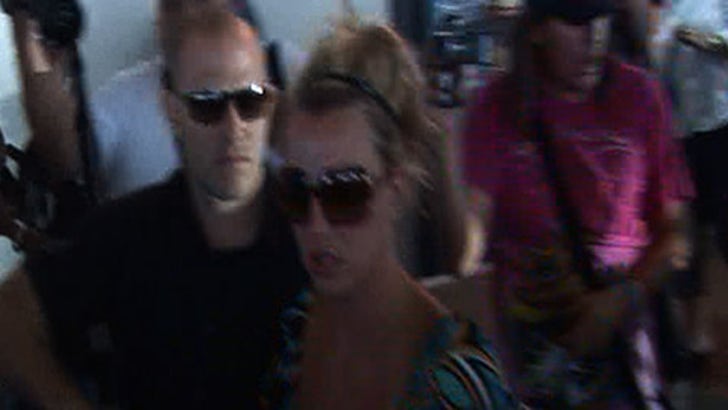 Law enforcement sources tell TMZ that as Britney made her way through the terminal swarmed by more than 30 photogs, a fight broke out between one of Brit's bodyguards and a photographer. Several uniformed officers, who happened to be in the area working crowd control on the snappers, immediately responded to the fight.

After the skirmish, we're told the two men shook hands and made up. No arrests were made.