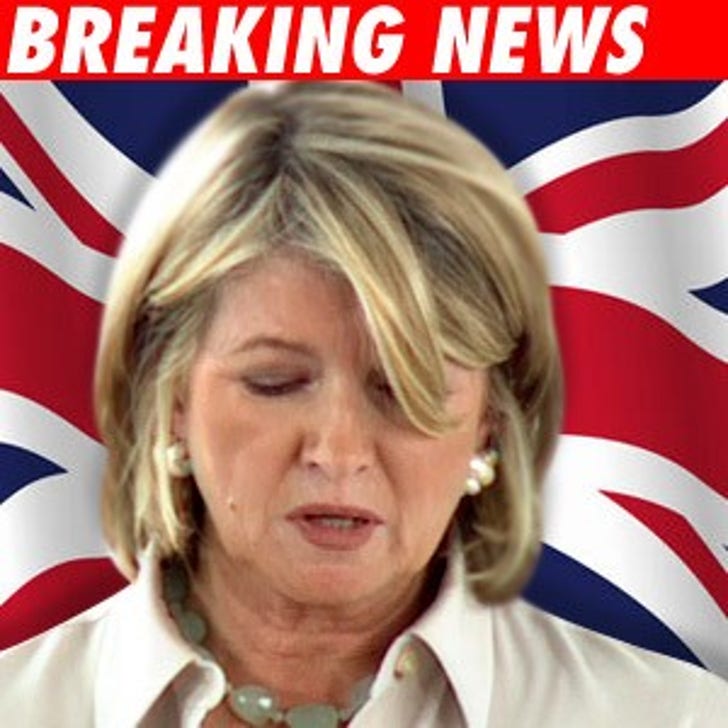 The Red Coats want nothing to do with Martha Stewart!

The domestic goddess has been turned down for a visa to enter Britain because of her rap sheet. She was reportedly set to tour several areas of the country, as well as tour the Royal Academy of Arts in London.

Stewart spent five months in a federal prison in 2004 after she was convicted of conspiracy and lying to the Feds.

Charles Koppelman, the Chairman of Martha Stewart Living Omnimedia told TMZ "Martha loves England; the country and English culture are near and dear to her heart. She has engagements with English companies and business leaders and hopes this can be resolved so that she will be able to visit soon."