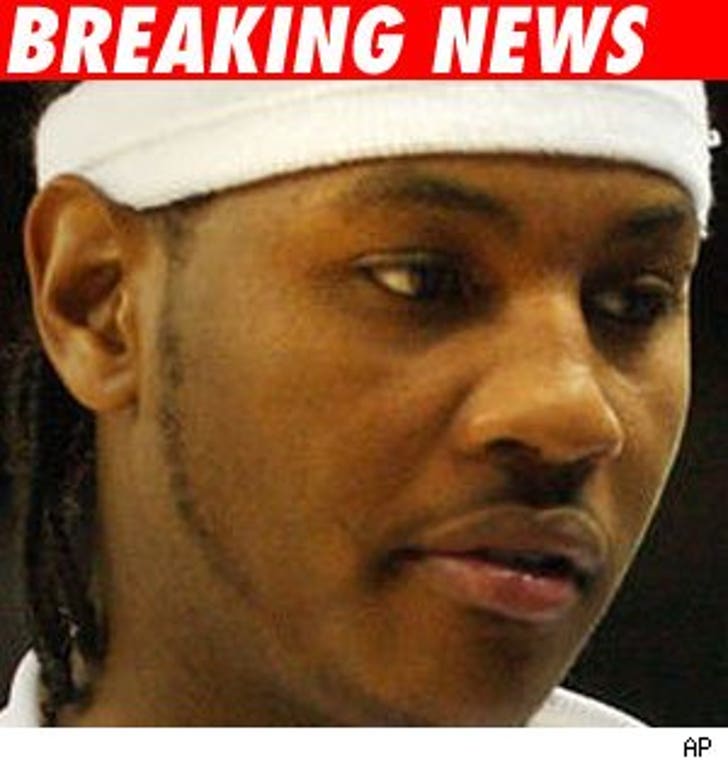 Carmelo Anthony just took a charge for the team -- well, himself -- and escaped a heavy DUI charge today in court.

The Nuggets All-Star was sentenced to probation and community service for a charge of driving while ability-impaired. In exchange, prosecutors are dropping a more serious DUI charge. He was also whistled for failure to stay in a single lane -- not the hardwood kind.

He'll serve one year of probes, do 24 hours of community service, and pay a grand in fines. He was also just suspended two games by the Nuggs.