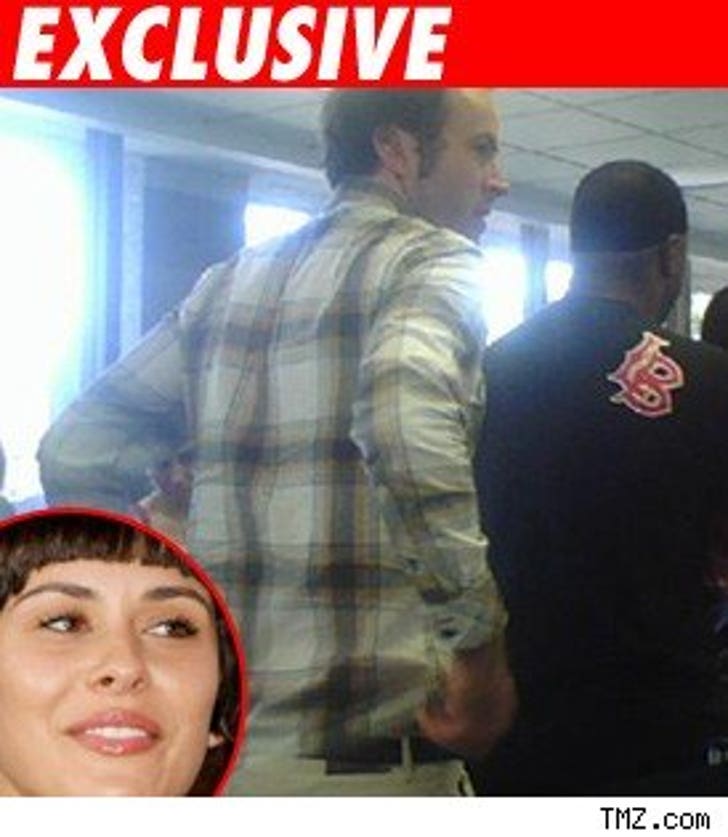 Camden County's most famous resident looks set to walk down the aisle.

Multiple TMZ spies spotted Scientolostar Jason Lee and his pregnant GF, Ceren Alkac, in line for a marriage license at the Norwalk, Calif. courthouse this afternoon -- and one of 'em snapped that snazzy pic of Lee on the left.

Ceren is due with the couple's first child in the fall. Lee has a son from a previous relationship -- famously named Pilot Inspektor.

Calls to Lee's rep were not returned.