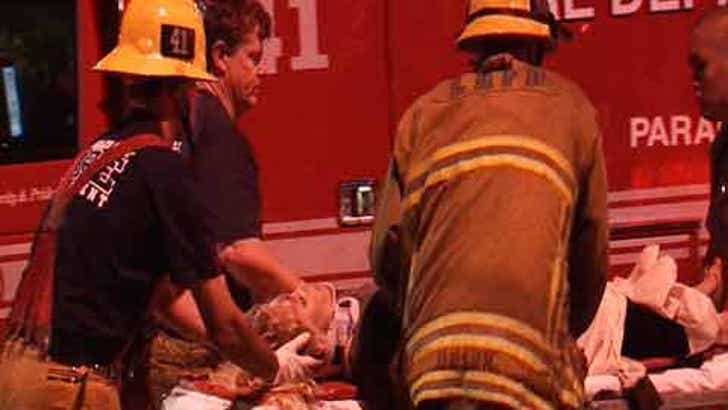 Our cameras began rolling around 2:30 AM, moments after an unidentified woman was smashed into by an SUV outside of STK and left motionless in the street as the allegedly boozed up driver sped off -- unaware of the bloody disaster she left in her wake.

As the suspect drove away, the victim's boyfriend chased down the SUV and pulled the driver out of the car. The confrontation is the most powerful, emotional exchange we've ever caught on tape.

LAPD tells us a girl was arrested for felony hit and run and DUI. We're told the victim suffered a broken pelvis, but she'll be fine.

UPDATE: The driver of the car -- who sources confirm is the girl we got on camera afterwards -- registered a .17 blood alcohol content. Legal limit in California is .08.