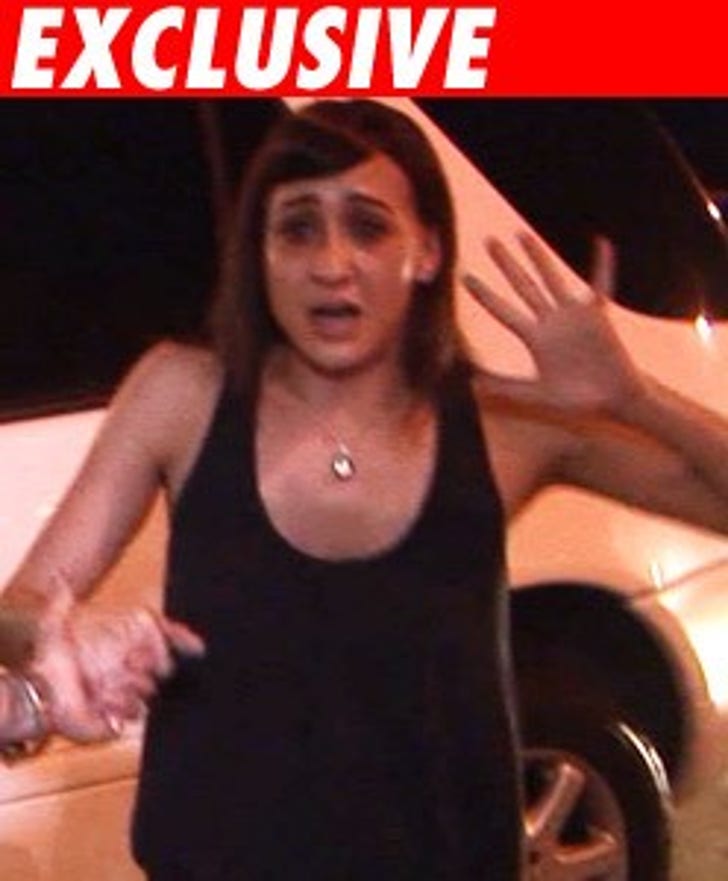 Here's the lowdown on the suspect from Wednesday morning's nasty hit and run accident.

Her name is Heather Auger and she's a 27-year-old from Orange County. We're told she went to Cal-State Fullerton, but that she doesn't work now -- she's got a rich BF. Must be nice.

We tried to go down to her apartment in Bev Hills yesterday, but we were rebuffed by a rude roommate.

As for the legal stuff, she was held on $52,500 bail and posted early yesterday morning. She's due back in court on July 23.