Lauren Conrad was thisclose to eating it after a night out in Hollywood -- those heels can be rough! 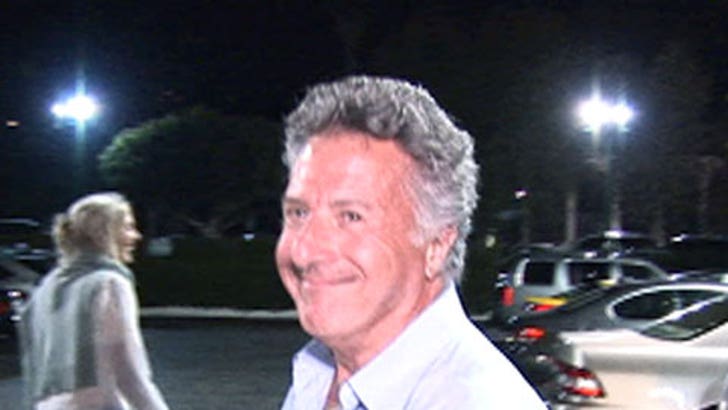 Also in L.A.: Dustin Hoffman claimed paternity of Angelina's babies, Sharon Stone cackled at PETA's brainscan offer, Jessica Alba and Cash Warren were upstaged by a hilarious bystander, a security guard said Josh Hollaway should get a burqa, Star Jones looked good for her, JT and Jessica Biel smiled and K-Fed spent a night with his homies.

In NY: Our photog's voice cracked talking to Russell Simmons, Karina Smirnoff didn't like the idea of Lance Bass dancing with a guy on the show and Wyclef Jean showed up to a party in an electric blue pimp-mobile.