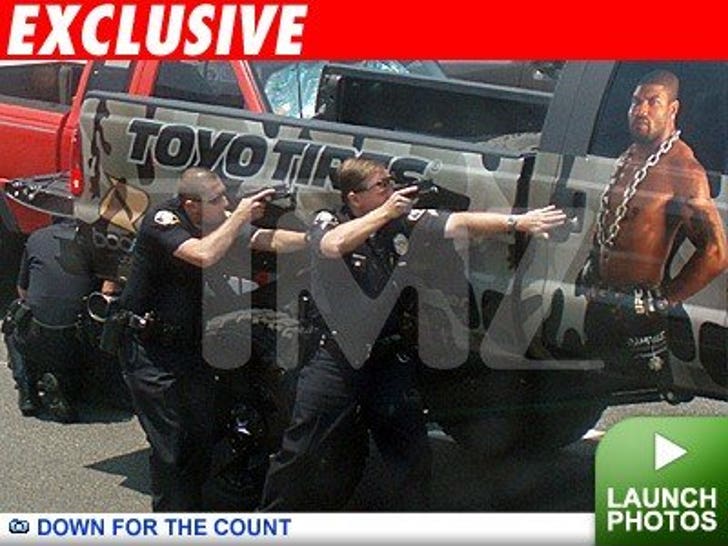 Turns out, if local news had run the Rampage Jackson car chase live, it could have gotten Super Bowl ratings because it was one of the craziest chases on record, causing pedestrians to "flee for their lives." 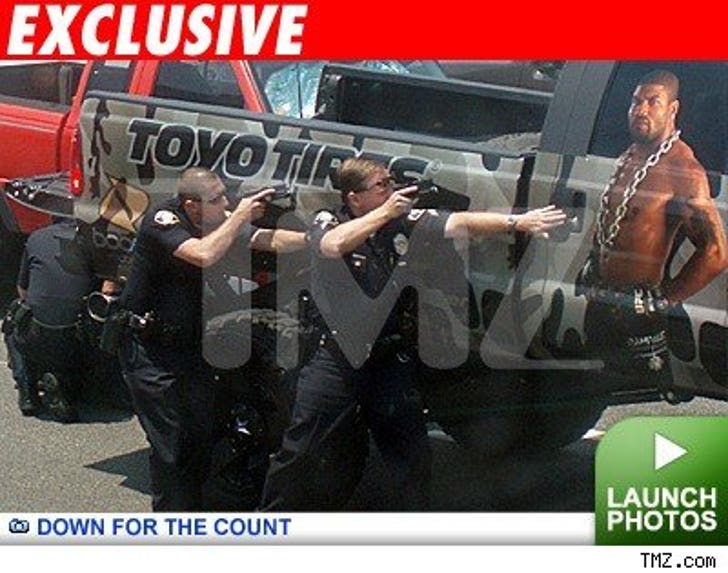 As TMZ first reported, the just-defeated UFC champ was busted yesterday afternoon for alleged felony hit and run. Now we have the details -- and they're insane! Rampage was on the 55 Freeway in the O.C., hit two cars and got off the freeway. The chase was on.

Rampage then began driving on the center divider. But it gets worse. According to the police report, Jackson then drove on the sidewalk, "causing pedestrians to flee for their lives." He started driving the wrong way on a crowded street, colliding with yet another car in an intersection. As he continued on, running several red lights, his tire disintegrated and he began driving on the rim.

Rampage eventually got to the exclusive Balboa Peninsula in Newport Beach, where he again drove on the sidewalk, "causing pedestrians to flee in terror."

Eventually, his car came to a stop and he was taken into custody at gunpoint. Cops took him to the Orange County Jail, but they determined he was "medically unfit" to be booked. Cops won't say if he was high.

Rampage is currently in an O.C. hospital.