Jean Smart has a couple of Emmy's on her mantle and clearly has no interest in the bumtastic Kardashian family and their woes. The lame actress crutched her way through LAX and was clueless when asked about Khloe K's jail time. 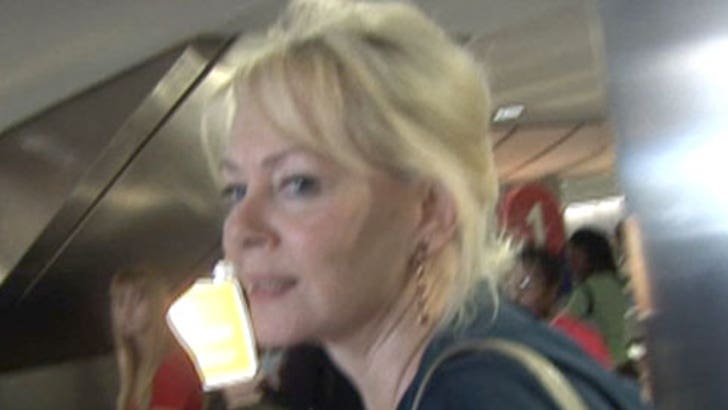 Also in LA: Shante Broadus garnered attention at The Ivy, Rick Springfield proved his chick magnetism is still intact, a has-been "Idol" contestant is sleepin' on the streets, and two former Brady Bunchers milked it on Robertson.

In NY: Ugly Betty was caught in a very ugly dress and SJP does a fashionable dash!