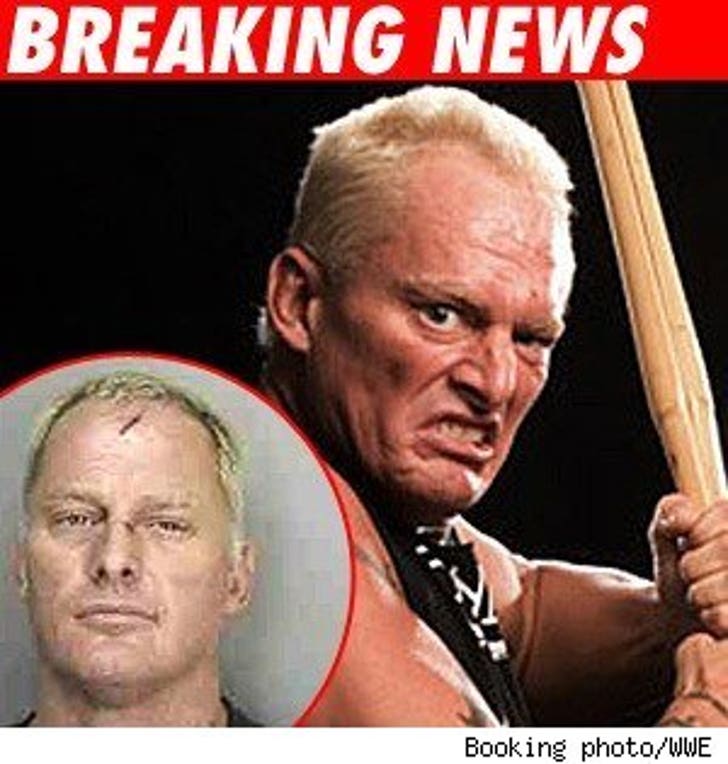 If The Sandman wanted a cage match, he's got one ... for at least another night.

Former ECW champ Sandman -- who was popped Sunday for allegedly starting a bar brawl in Yonkers, NY on Sunday, has been tossed back into the clink until at least tomorrow. We're told a judge in Yonkers City Court will set bail for the rassler after reviewing a couple of felonies Sandman racked up in Pennsylvania years ago.