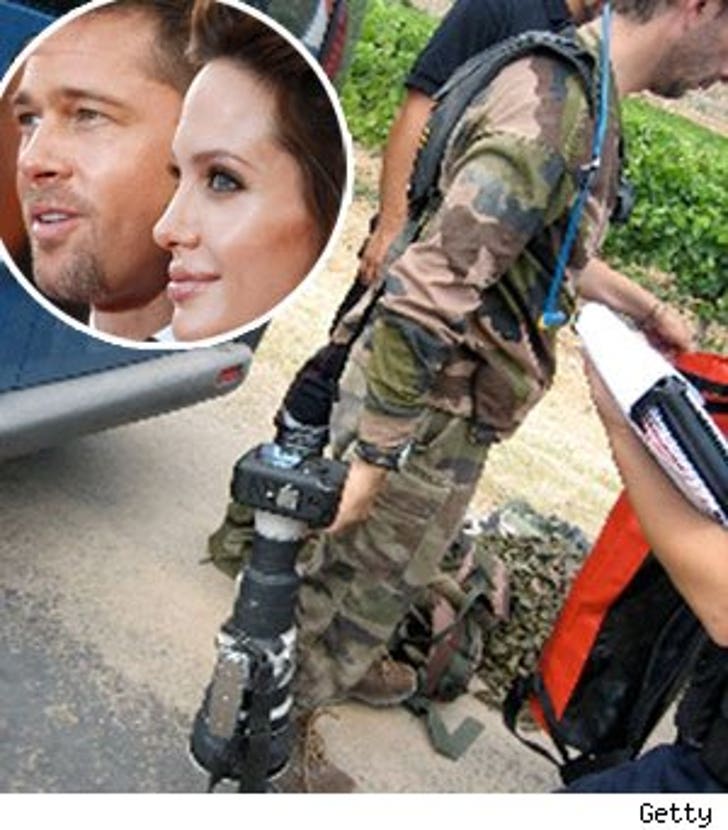 These photos are not from war -- but they certainly have started one. More details have emerged from the pap throwdown over Brangelina photos.

Two paparazzi crazies went way over the line to get pictures of Brad Pitt and Angelina Jolie's family, dressing in camo and illegally trespassing on the couples' property.

Security on the premises attempted to escort the men off the property, and that's when things got violent. One photog allegedly started kicking and biting security, claiming he had Hepatitis C. We're told the wackadoodle even went as far as to wipe blood from a cut he got onto security!

Police finally arrived, and the photog claimed security attacked him. Both sides have filed legal complaints accusing the other of battery and injury.

Sources close to the couple have stated that they will prosecute this matter to its fullest extent.

And Tom and Katie think they have it rough!