It was all about the dancing queens today -- with one crossdressing wackjob's gyrations beating Carmen Electra's sexy striptease by a landslide in the battle of the babes. 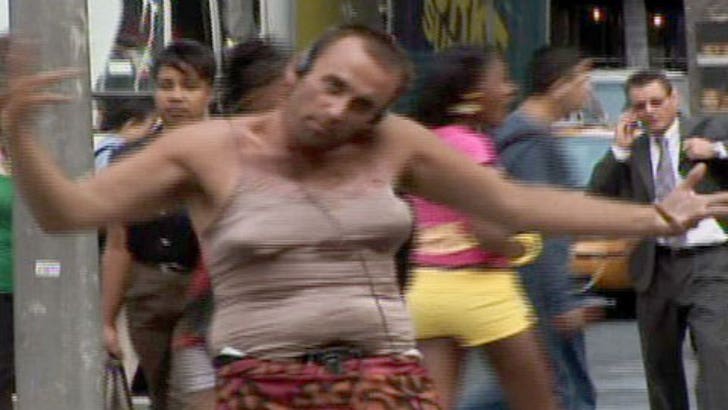 Thanks to Benicio Del Toro, a new TMZ drinking game was created (take a shot whenever he says made-up word "greedhead") and the paps were given two reasons not to cross Seal -- his buddy Michael Clarke Duncan's massive arms.