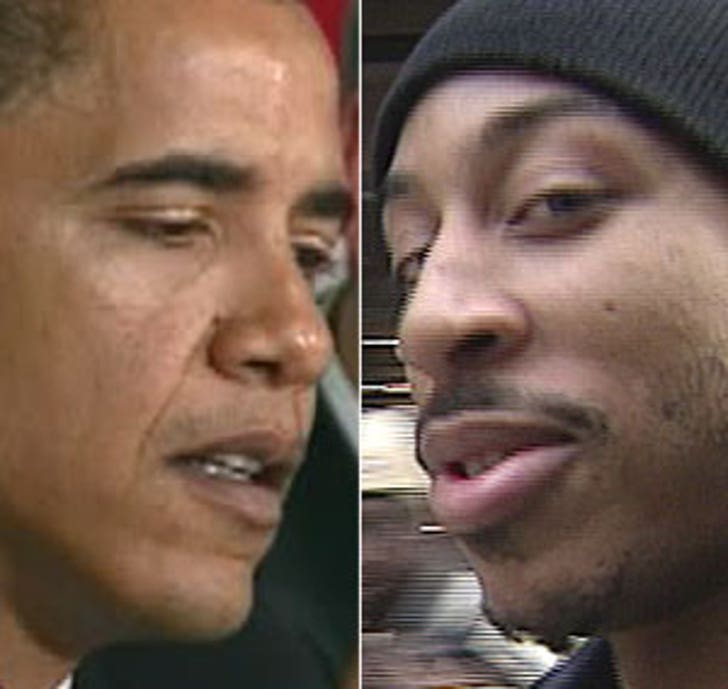 It appears that Barack Obama is going to have to distance himself from yet one more supporter.

Ludacris has just released a new rap where he calls Hillary Clinton a "bitch" and says John McCain "don't belong in any chair unless he's paralyzed" and also throws insults at Jesse Jackson and George W. Bush. The only logical explanation has to be that Ludacris is a McCain mole!

"As Barack Obama has said many, many times in the past, rap lyrics today too often perpetuate misogyny, materialism, and degrading images that he doesn't want his daughters or any children exposed to. This song is not only outrageously offensive to Senator Clinton, Reverend Jackson, Senator McCain, and President Bush, it is offensive to all of us who are trying to raise our children with the values we hold dear. While Ludacris is a talented individual he should be ashamed of these lyrics.