At first, pappers and fans played by the rules and waited excitedly -- behind a barricade -- for Pam Anderson to come out of Letterman. But when she refused to give it up -- twice -- a sea of boos quickly flooded in. 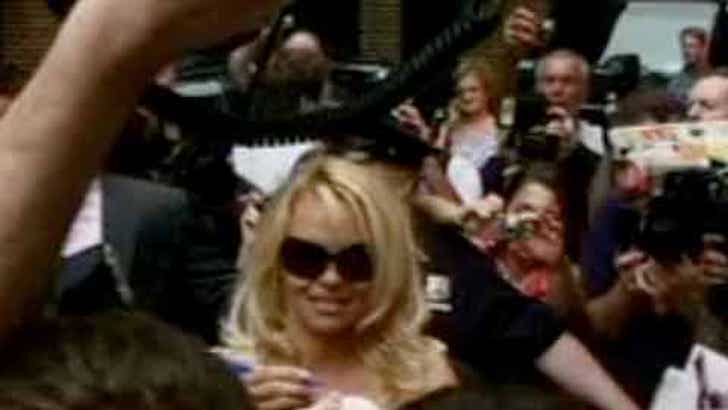 Only after the hisses did she come back out and the scene became a paparazzi free-for-all.