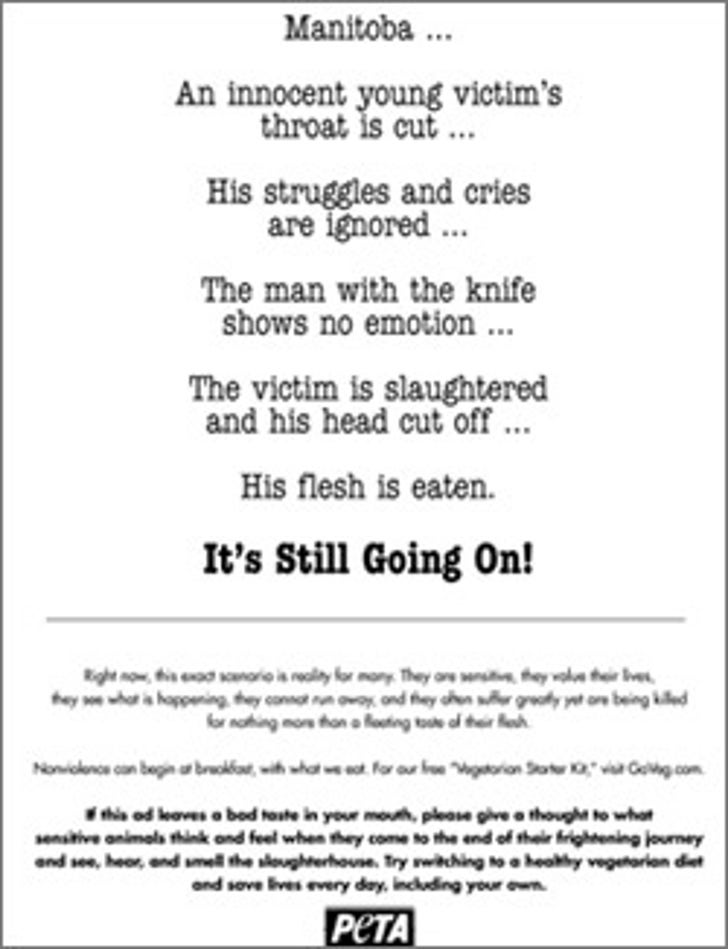 Only PETA can turn a human beheading -- and act of cannibalism -- into an animal rights issue.

A local paper in Manitoba, Canada -- where a Greyhound bus passenger was recently killed, beheaded and eaten -- has decided not to run an advertisement from PETA that equates that murder to the slaughter of animals.

PETA wrote on their blog, "While it isn't every day that a human is violently attacked and eaten by another human, it's worth noting that it is the norm for many people not to give any thought to the fact that restaurants are serving flesh that comes from innocents who were minding their own business before someone came after them with a knife."