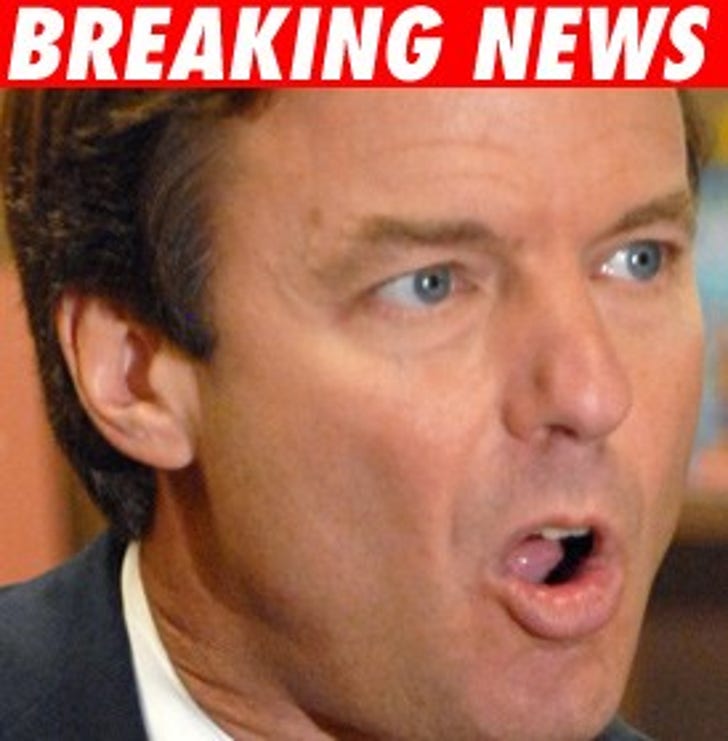 He's a liar! Former Presidential candidate John Edwards has admitted to lying about having an extramarital affair with a former staffer.

In an interview with ABC's "Nightline" that airs tonight, Edwards admits he had a sexual affair with 44-year-old Rielle Hunter, but claims he did not love her.

Edwards does say, however, that he knows he is not the baby daddy of Hunter's little girl based on the "timing" of the kid's birth in February of this year. He claims the tryst ended too soon for him to be the dad, although he has not taken a paternity test.

And the story gets better ...

Hunter met Edwards at a bar in 2006. After their meeting, his campaign paid her $114,000 to create campaign spots, even though she was fairly unqualified to do so. According to Edwards, he made sure to tell Hunter that his wife's cancer was in remission before they hooked up. How big of him.

The National Enquirer first broke the story of the alleged affair last October. At that time, Edwards hooted and hollered that the story was "false," adding "It's completely untrue, it's ridiculous." He even repeated that denial two weeks ago after the Enquirer updated their story reporting that Edwards and Hunter met up at a Bev Hills hotel. He admits in the interview the story was right.

And get this, Edwards says he never paid Hunter to keep her mouth shut, but admitted it was possible that some of his friends did without telling him.