We just got video of Alan Panettiere walking with his dog after getting out of the klink, and it looks like he's walking with the wife he's accused of punching. It's not 100%, but it sure looks like her ... and she knows the security code to the building. 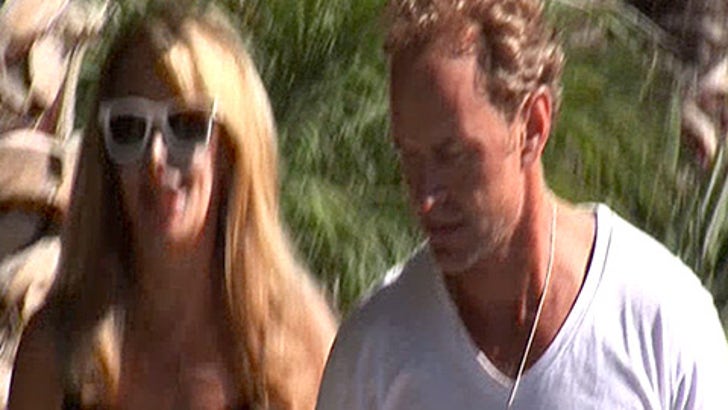 Alan told pappers the whole thing "was blown out of proportion." Law enforcement told us Lesley Panettiere called the cops and said her hubby struck her in the cheek with a closed fist around 3:00 AM this morning. Cops arrested him on suspicion of felony spousal abuse. And, we're told, both may have been drinking a lot prior to the incident.

Judging from the video, it seems as if she may be trying to drop the whole matter. Ultimately, authorities have the final word, but without a cooperative victim, these cases are hard to prosecute.