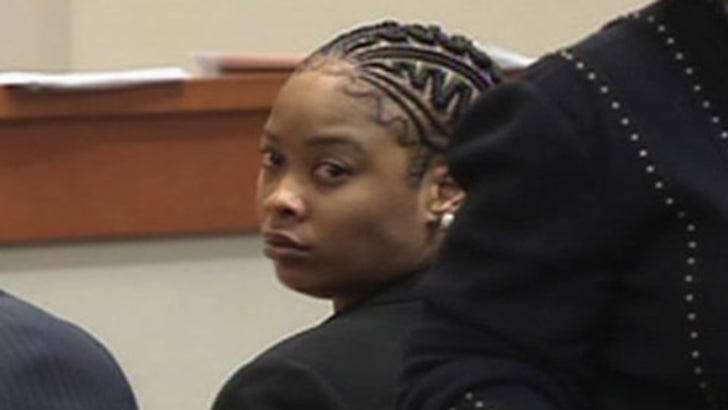 She was just sentenced to three years for hitting a woman with a rum bottle last October. She'll get an additional seven years probation.

The victim -- a former Atlanta Falcons Cheerleader -- was hospitalized after the attack and permanently scarred.

Ms. Brat was convicted back in 2001 for misdemeanor reckless conduct.