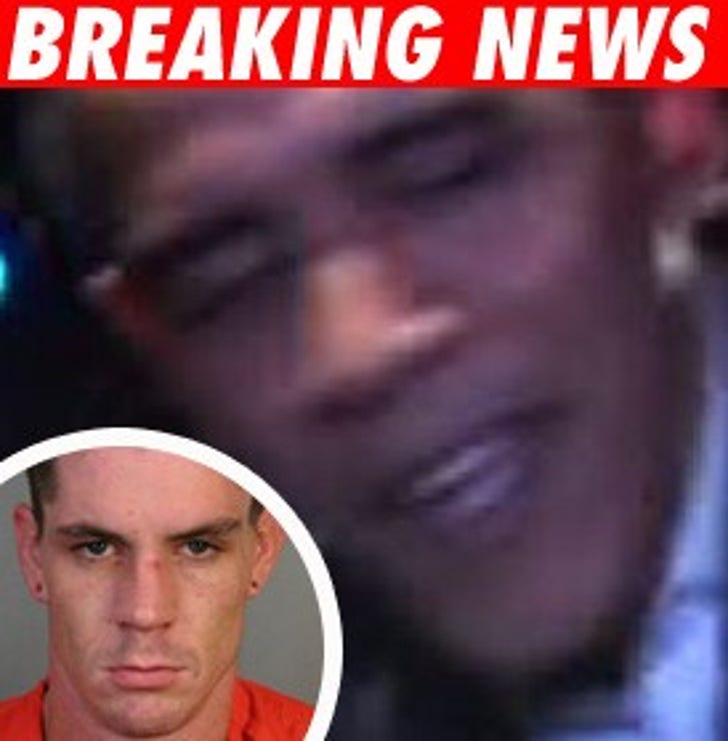 A Denver TV station is reporting authorities may have foiled an assassination plot against Barack Obama, and there's talk the suspects may be members of a white supremacy group.

KUSA-TV claims three men are in custody after a routine traffic stop in Aurora (near Denver) turned up two rifles, high-powered scopes, ammo and meth. The man in the car led authorities to a hotel where another suspect jumped out of a fourth floor window in an attempt to escape.

A third guy was busted at another hotel but the info on him is sketchy.

The arrests went down yesterday. The TV station says sources said "Two of the men had tattoos and jewelry popular with white supremacists."

The mugshot inset in the photo is of one of the suspects, Tharin Gartrell.