If you thought Michael Jackson was broke, imagine how his impersonator feels!? 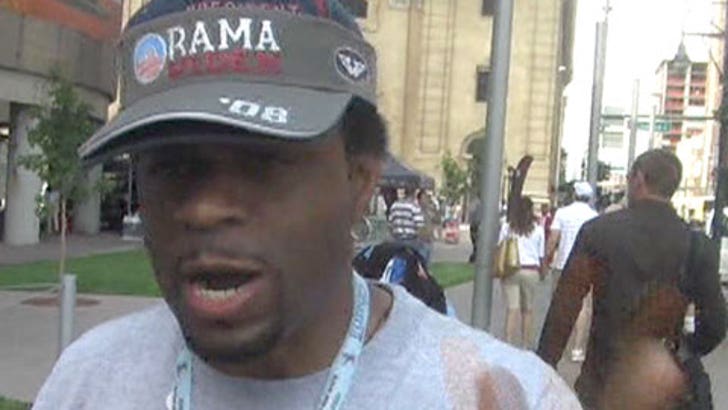 TMZ has learned that an MJ clone is being hunted on the streets of L.A. for allegedly rocking a wardrobe of gaudy STOLEN Jacko-wear in broad daylight.

The whole story is even more bizarre than most stories involving the real Jacko, but here's the breakdown: According to Ali Anmar, the guy who designed the MJ clothes, Fake Michael was a former homeless guy he discovered and transformed into a professional Las Vegas impersonator. But Facko Jacko (aka Scorpian the homeless guy ) skipped town one day, and failed to return his wardrobe of marked Jacko uniforms -- notice the giant, unmissable plug on the back of his jacket.

Now, after a pic of Scorpian wearing one of Anwar's jackets turned up on TMZ.com yesterday, Anwar is on a mission to make the not-so-smooth criminal pay for jacking his stuff. And with the giant logos on his back, he shouldn't be too hard to find.