Two big guys -- and equally big egos -- met up at the same Sunset Plaza restaurant. All we wanted to know: Between Jason Statham and Stone Cold Steve Austin, who'd win in a fight? 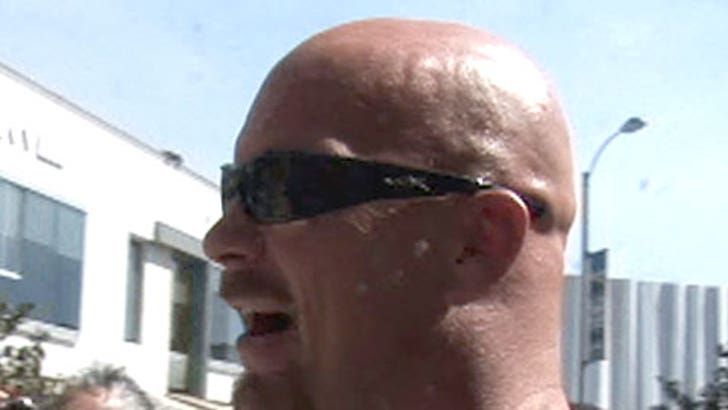 Also: Ric Flair cleaned up his act while one of Garth Brooks' fans dirtied up hers -- by wearing a t-shirt reading "I'm not a gynecologist but I'll take a look." Nothin' but pure class.