Paramedics rushed to the L.A. set of "America's Got Talent" this weekend when a stunt involving a 7'3" giant went terribly wrong. 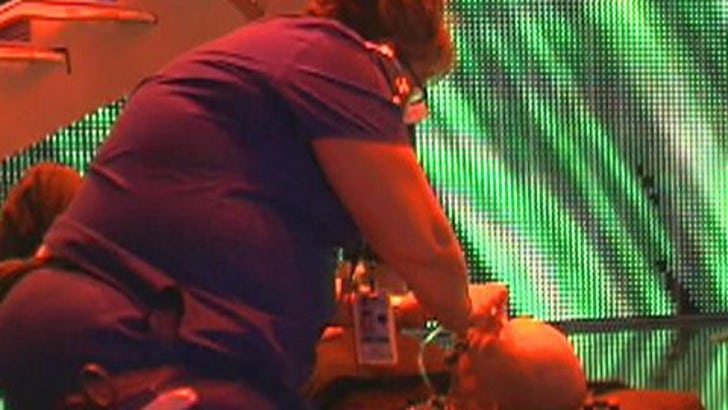 TMZ has obtained footage moments before the incident showing a contestant named George the Giant bound by chains and hung upside down from the rafters -- but that's where the tape cuts. Moments later, the footage starts again, and George can be seen being strapped into a gurney and wearing an oxygen mask while a team of medics tend to his well being.

George was scheduled to appear on tonight's episode, but at this point, it is unclear -- and unlikely -- that he'll make the show.