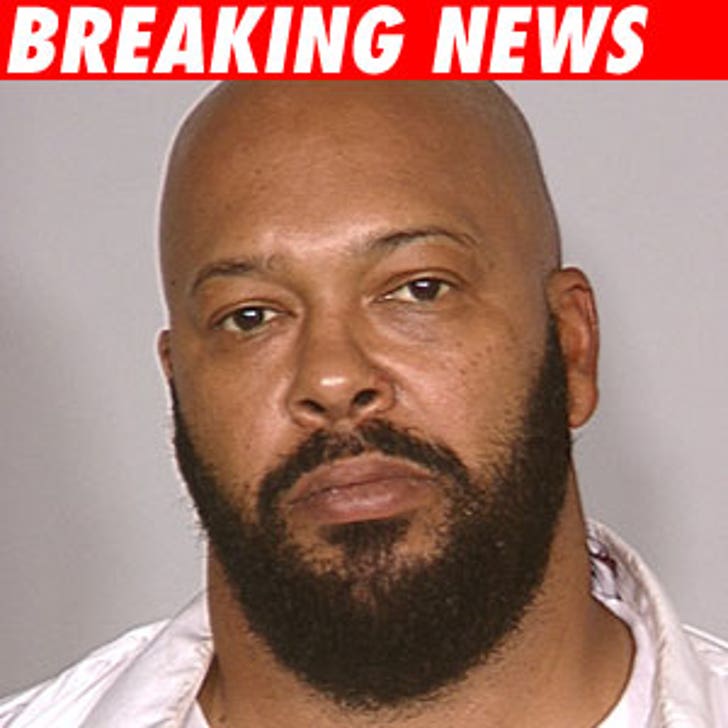 Suge Knight has been busted again, this time for allegedly terrorizing and attacking his girlfriend.

The former rap impresario was busted by Las Vegas cops for assault with a deadly weapon, possession of controlled substances and domestic violence.

Law enforcement tells us Suge allegedly attacked his girlfriend of three years early this morning. She claims he punched her in the back of the head while they were driving. She claims she tried getting out of the car, and grabbed the steering wheel to cause an accident so someone would notice her peril.

The car struck the curb and stopped. She fled from the car and Suge allegedly chased her, caught her and that's when the cops came.

Cops say they saw Suge kick the woman in the head and was wielding a knife in his hand.