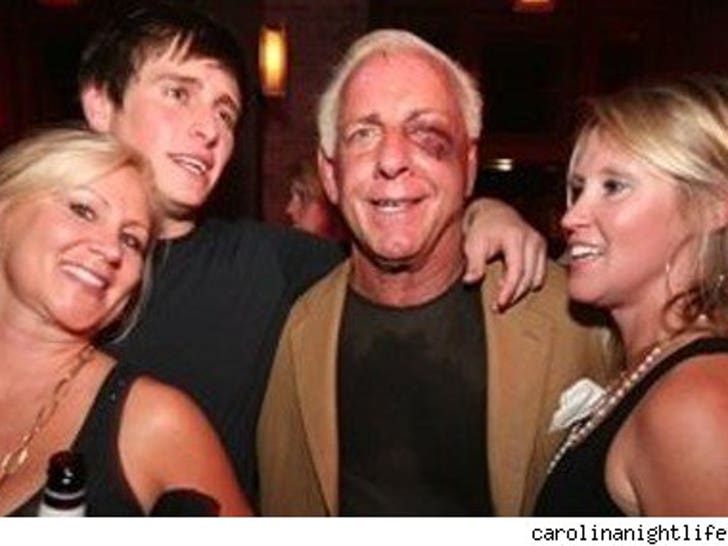 Former wrestler Ric Flair's mug wasn't mangled by a chair to the face, a fall from a ladder or a fake right hook -- it was busted up after a tussle with his daughter and her boyfriend in a North Carolina parking lot. 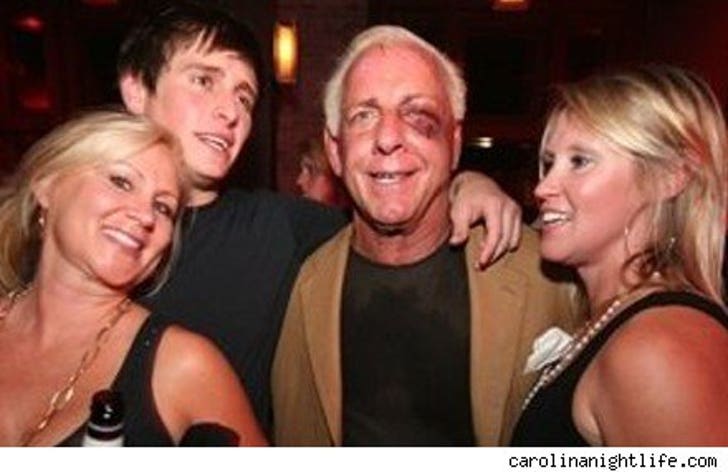 The reported fray was rowdy enough for a visit from the fuzz -- who ended up taser gunning and arresting daughter Ashley after she allegedly kicked one of the officers.