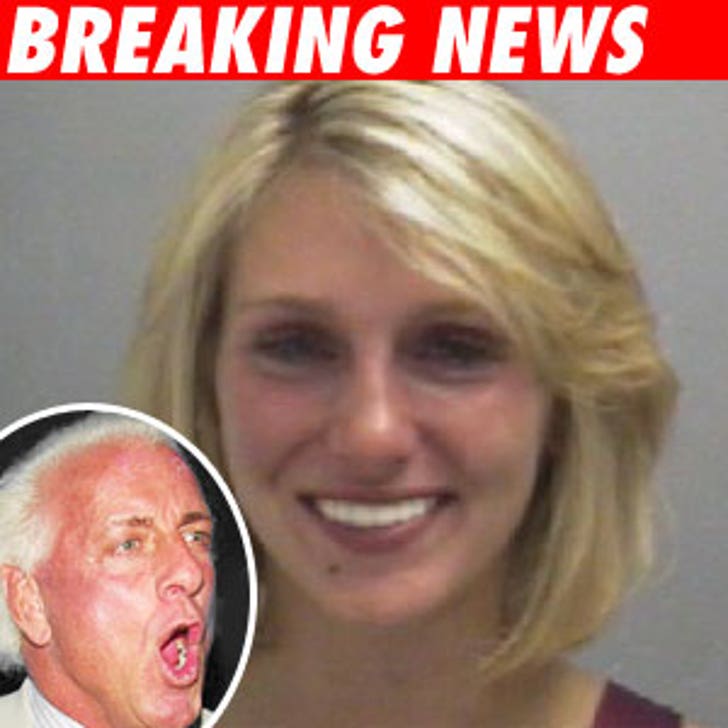 You sure as hell can't tell by her mugshot, but former wrestler Ric Flair's little girl was tasered and arrested on Friday after allegedly going ballistic on her dad ... and then a police officer.

The drama started when legendary wrestler Ric Flair was bloodied up during a violent altercation with his 21-year-old daughter Ashley and a 22-year-old male in an apartment parking lot in Chapel Hill, NC, this according to ABC11.

Chapel Hill police were called to the scene, but when they tried to arrest Ashley, she allegedly kicked one of the officers. That's when the popo gave Ashley the shocker.

Ashley was charged with assault on a law enforcement officer and resisting arrest. Ric refused to press charges. She's due in court on October 6.