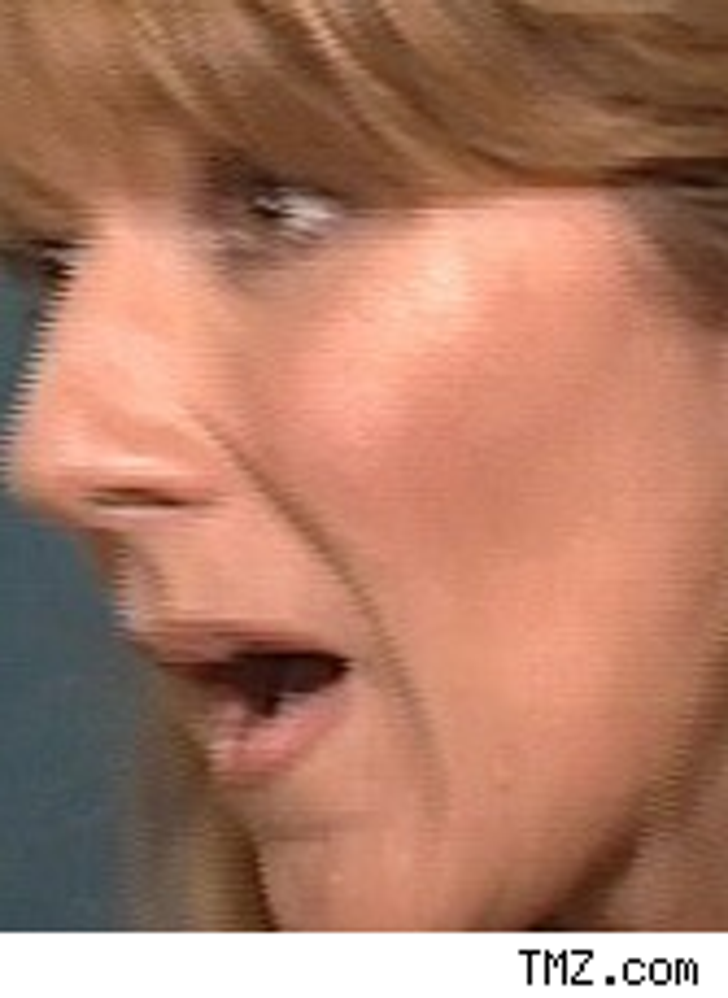 Celine Dion is blowing into NYC with a security retinue that rivals anything Obama or McCain might have –- and other, fruitier demands, too.

The Times of South Africa reports Dion is demanding 11 bodyguards be on stage at all times for her show at Madison Square Garden tonight. The best part: "At least eight" have to be on chairs able to swivel 30 degrees. She also needs to have a dentist on call at all times.

Her rider runs 67 pages, says the paper, and when it comes to food, she's got to have French cherries and Bavarian figs.

Anne Hathaway had to hand over all the bling Raffaello Follieri gave her to the Feds, but she won't have to give up her secrets.

That's because investigators, according to the New York Post, left her writings and other possessions "undisturbed." Her diaries were in a Bronx warehouse where the couple had stored their stuff, but they weren't taken.

As the criminal complaint against Raffa detailed, Anne had been given a couple Rolexes and lots of necklaces and other jewels.

Almost irredeemably cheesy but still vaguely heartwarming, George Takei and his partner tied the knot finally -– with Chekov and Uhura doing the whole "Live Long and Prosper" hand-thing at a climactic moment.

Sulu and longtime BF Brad Altman were the first in line in L.A. to get hitched at the Democracy Forum of the Japanese American National Museum, and exchanged turquoise wedding bands. No word if Shatner or Nimoy showed for the nups.