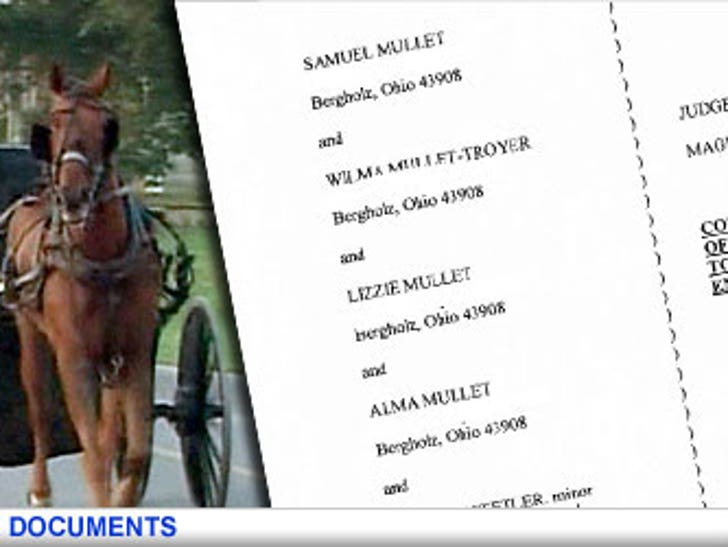 A bunch of Amish people in Ohio could get a whole lot richer -- if the cops can't explain why they sent a SWAT team to storm a schoolhouse! 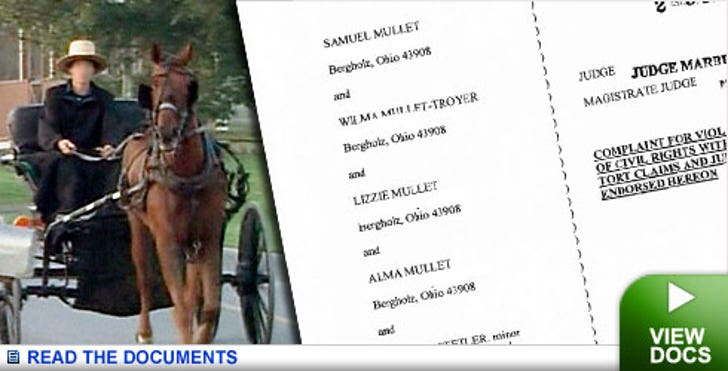 Amish residents of Bergholz, OH are suing the Jefferson County Sheriff's office for $35 mil, claiming they were deprived of their civil rights when a fully armed SWAT unit entered a schoolhouse with their automatic weapons drawn back in 2007.

In the suit, the Amish -- who almost all have the last name of Miller or Mullet -- claim the "paramilitary tactics" were authorized so the Sheriff's Dept. could pick up two children caught in the middle of what sounds like a pretty nasty custody fight. Obviously, the Amish, who don't use modern technology, claim they "suffered mental, bodily and physical distress" during the raid.

If they win their suit -- what in the Lord's name are the Amish going to do with 35 million bucks?! That's a lot of buggies and butter churners!