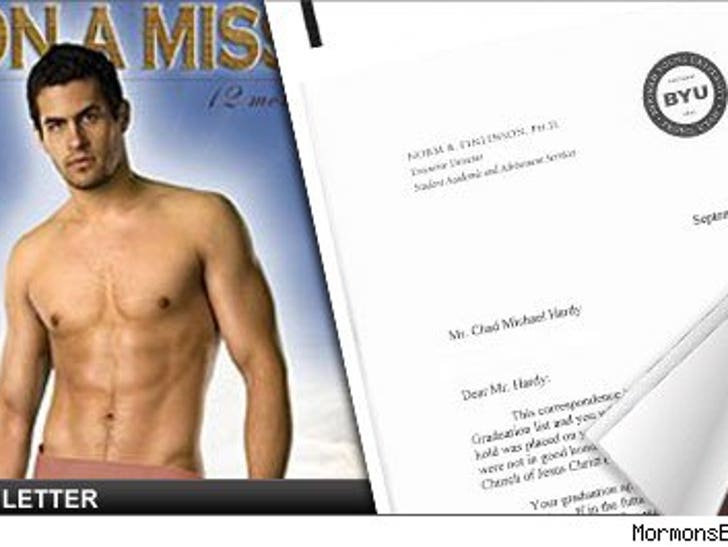 No shirt, no shoes -- no degree from BYU. 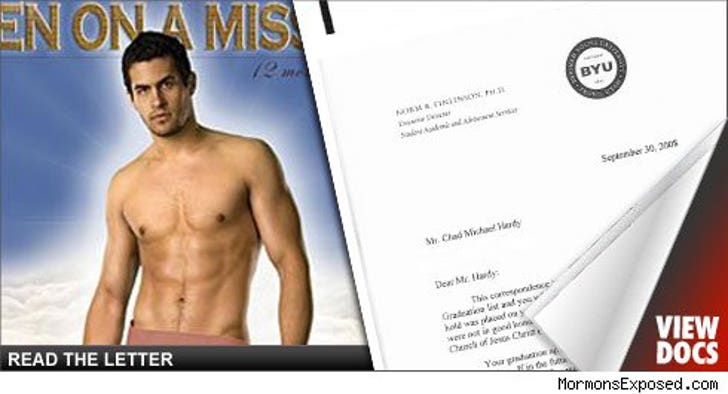 Chad Hardy -- the guy who was excommunicated from the LDS church for creating a Morman beefcake calendar-- has now had his college degree yanked as well. FYI -- that's not Chad in the photo, just one of his god-fearing models.

Even though he completed the academic requirements to graduate, and did the whole cap and gown thing at the graduation ceremony, Hardy just got a letter from the bigwigs over at Brigham Young University saying he's been "deleted from the August 2008 Graduation list" because he wasn't in "good honor code standing."

At least he's got some real-world business experience under his belt.