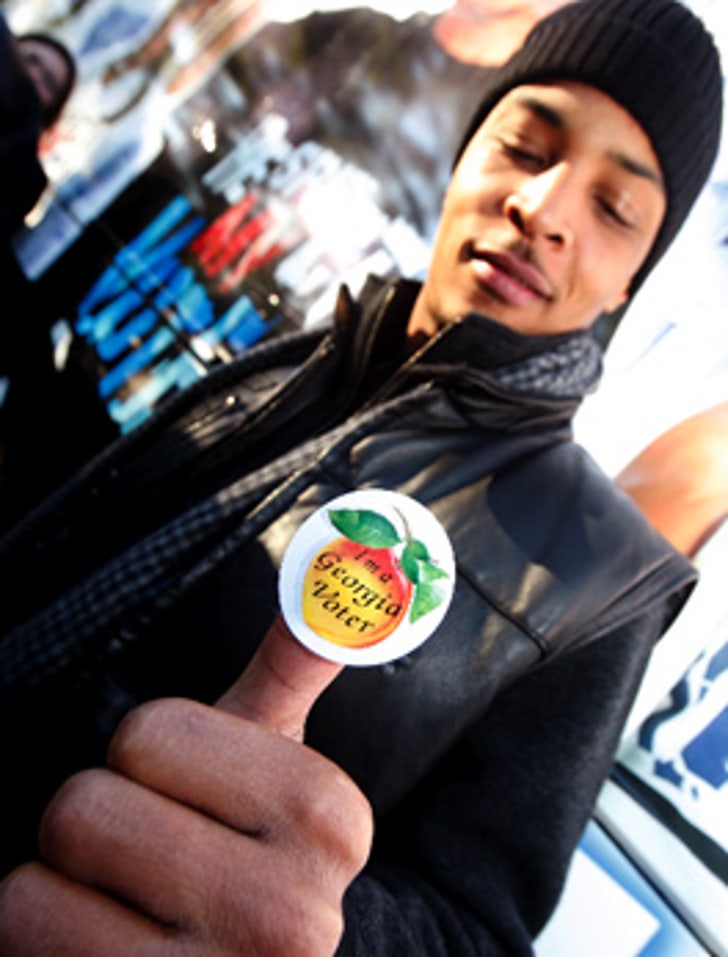 For a convicted felon, T.I. is pretty damn good at reading the fine print of the law -- 'cause the rapper found a way to VOTE after all!

T.I. -- who pleaded guilty to weapons charges last year -- found a loophole in the Georgia law book, which allows a convicted felon the right to vote IF they're not currently serving probation or a prison sentence.

Because T.I. isn't expected to be sentenced until next year, dude still can exercise his civic duty.

And before authorities could change their mind, T.I. hit a polling place in Atlanta to lock in his ballot ... cause like he says, in America -- you can have whatever you like.