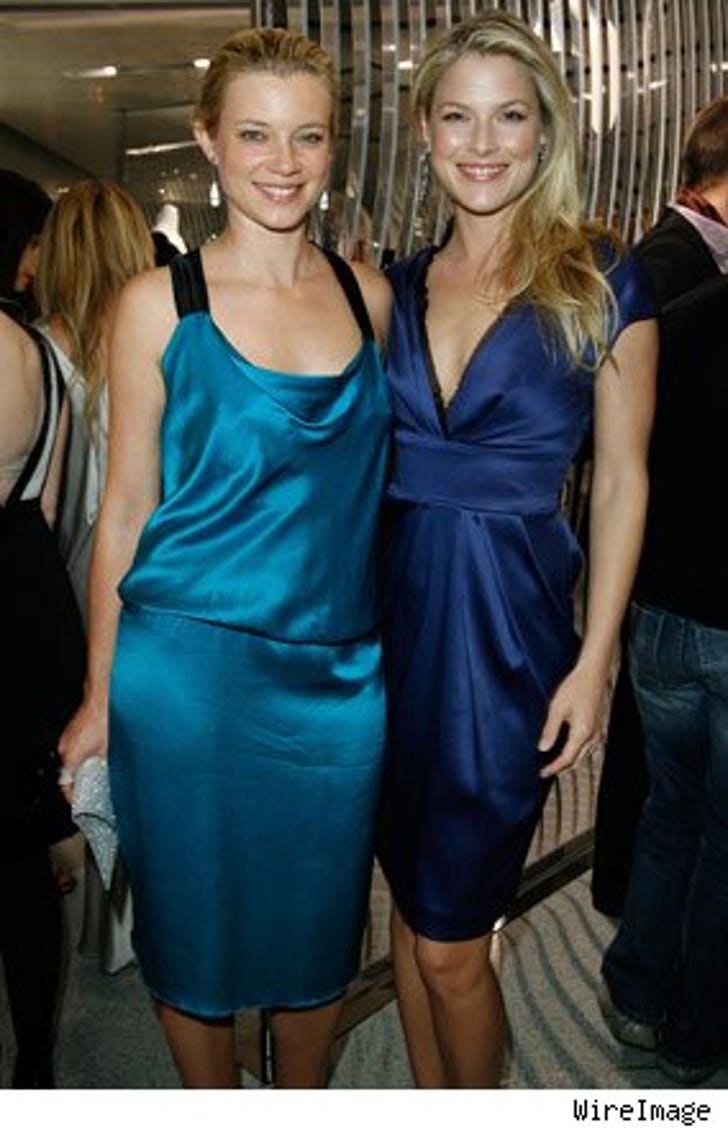 Although both appeared in the 1999 film "Varsity Blues," rumors have circulated that the former roommates were actually the same vaguely familiar actress.

While Amy & Ali showed up at the same Alberta Ferretti event in blue frocks, Smart finally put the identity rumors to bed by wearing her hair in a ponytail -- in direct opposition to Larter's flowing long locks.