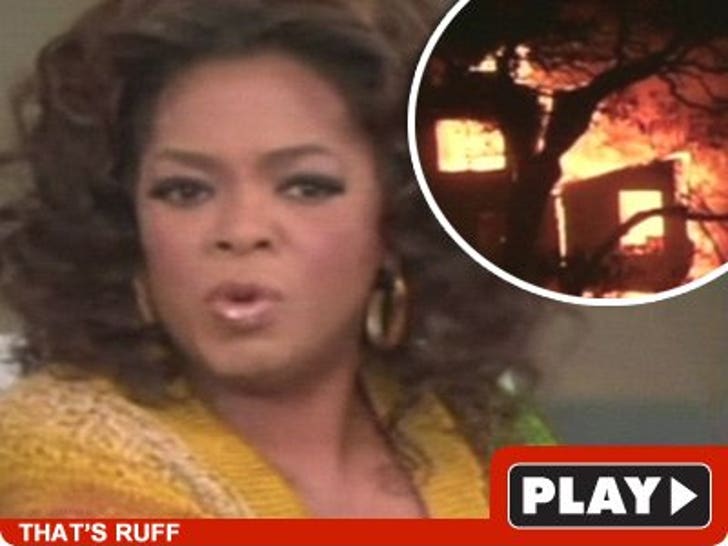 Bet you wish you were Oprah Winfrey's dogs right now, cause they could be headed to the Four Seasons Hotel.

Her dogs are holed up at her Montecito estate, and even though her home is not threatened immediately, she's taking precautions.

"I don't have kids," she told her audience during a show taping this AM. "So the most important thing for me is my dogs." Lucky for the Queen's pooches, she already had a plan in place -- her dogs go to a nearby Four Seasons hotel.