It's possibly the most pathetic footage of the year -- former MTV VJ Jesse Camp transforms from simple "has-been" to "pathetic, shameless, genital-flashing has-been" all in the blink of an eye. 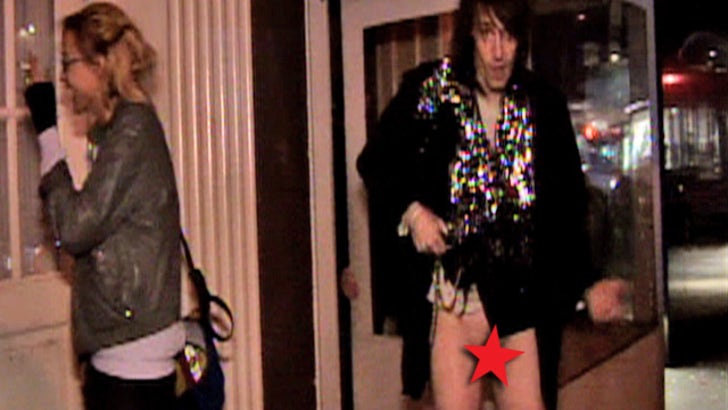 Long story short (pun intended), Jesse was so desperate for attention outside of a TRL finale party in NY this weekend, that he dropped his pants and whipped out his member in front of several unsuspecting women ... who couldn't help but wince in disgust. But it didn't stop there...

Moments later, Jesse did it again ... only this time he got his pants back on mere seconds before Kid Rock walked out.

And just when you thought it couldn't get more pathetic, one of the chicks who saw Lil' Jesse felt the need to tell Camp that his unit was less of a schlong and more of a schlort.