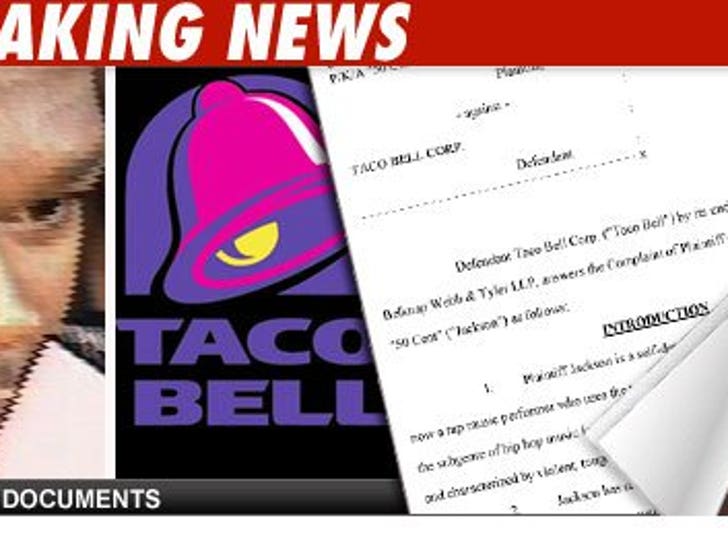 Taco Bell knows about as much about rap music as it does about Mexican food. 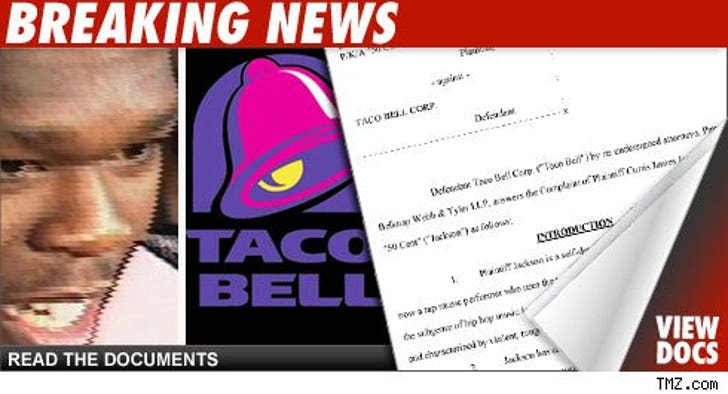 In legal papers filed in Federal court, the Bell's lawyers claim 50's tough-talking $4 million trademark infringement lawsuit from this summer was just a publicity stunt -- but it's the personal shots they fire at Fiddy that really spice things up.

Bell's peeps tried to attack 50's credibility, saying his work "falls in the subgenre of hip hop music known as 'gangsta rap,' a style associated with urban street gangs and characterized by violent, tough-talking braggadocio." They also claim that Fiddy only filed the lawsuit to "burnish his gangsta rapper persona" -- 'cause nothing builds street cred like a lawsuit.

UPDATE 11:04 ET: Looks like Fitty's still in it to win it: His lawyer tells us "Taco Bell needs to be stopped" and that "Mr. Cent intends to vigorously pursue this case."