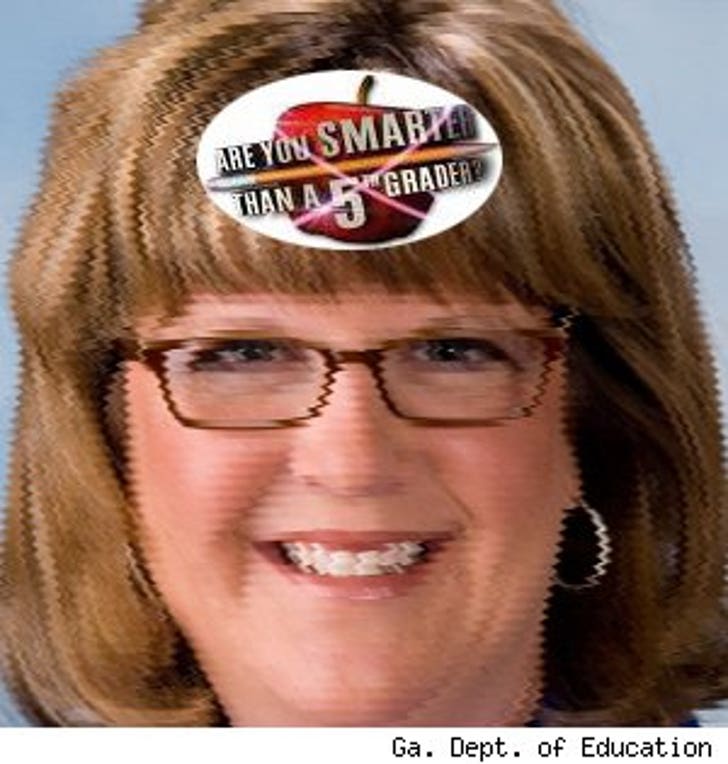 Kathy Cox may be smarter than a 5th grader, but she's now just as broke as one.

Kathy won $1 million on "Are You Smarter Than a Fifth Grader" in September. But here's the deal. She donated her winnings to charity, banking on her husband's construction biz which apparently had been running just fine. But his construction company tanked with the economy, and now they've declared bankruptcy.