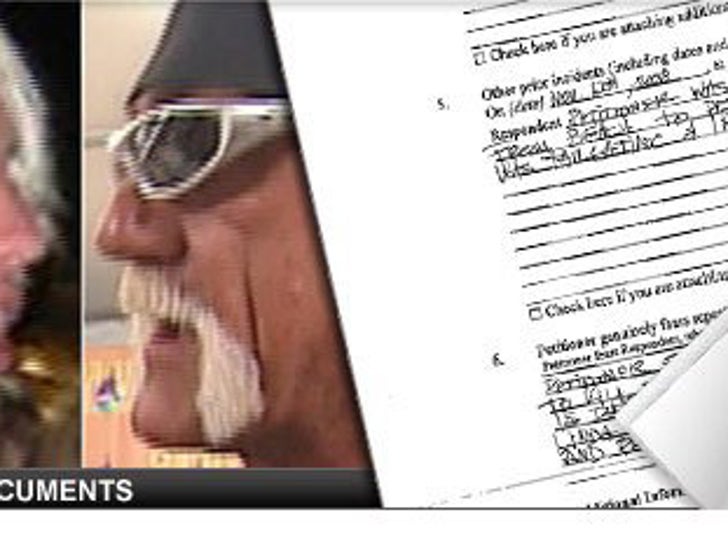 Linda Hogan's 19-year-old boycandy Charley Hill says Hulk Hogan's out to get him -- but a court isn't buyin' what he's sellin'.

We've learned a Florida court just nixed the poolboy's request for a temporary restraining order against the Hulk. Charley claimed Hulk "dangerously followed" him in his car a couple weeks ago and "pulled up next to him and stared at him" at a stoplight -- a crime in no states.

Charley says he "fears [Hogan] will attempt to injure or kill him" because Linda is his girlfriend. The aspiring seaman also claims Hulk tailgated him and intimidated him on another occasion, and thinks Hulk is even more dangerous because he had weapons charges against him in 1979.

UPDATE: Hulk's lawyer David Houston tells us, "This is just another blatant attempt by Linda Hogan to try to defame Hulk Hogan's character. We commend the judge on seeing through this ridiculous stunt and denying these baseless claims."