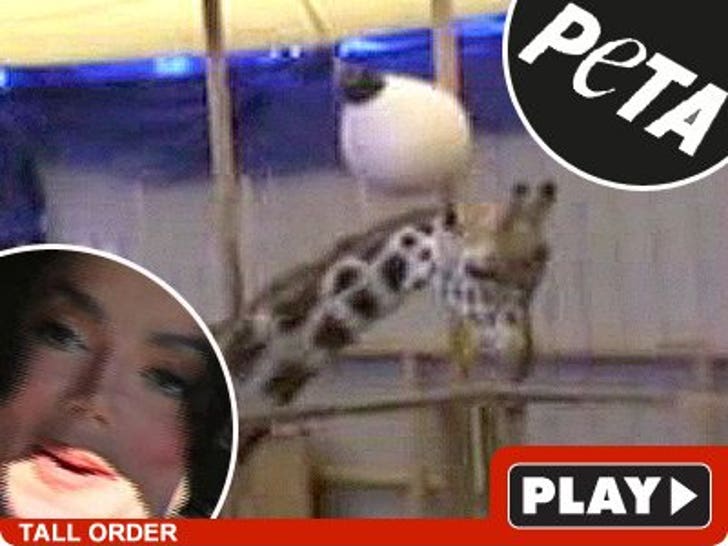 Michael Jackson has turned his back on cardio-deprived giraffes, according to PETA. 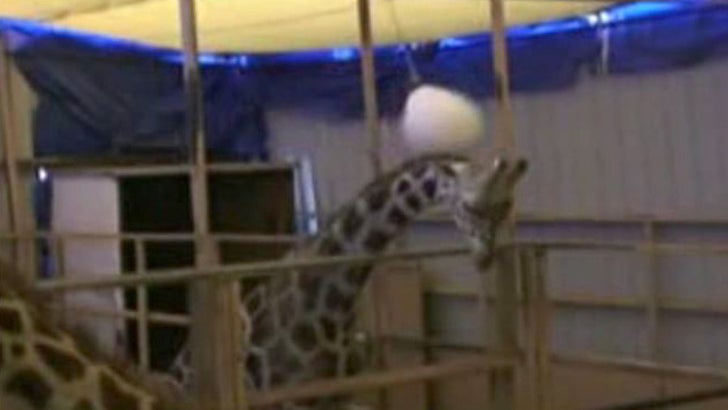 When Neverland Ranch was essentially dismantled a year ago, a bunch of Jacko's pets -- including four giraffes -- were sold to an Arizona couple that wanted to start an animal sanctuary.

PETA claims the giraffes are stuck in cages barely as wide as the animals are tall. They wrote Jacko a letter asking him to help pressure the owners into doing something more humane.

The couple that owns the animals says the giraffes have been moved to their new 150 x 150 ft. digs -- and the animals will have an even bigger space to do whatever the hell it is that giraffes do when their 185 acre sanctuary is up and runnning.

All that aside -- the video of Jacko's old giraffe "Rambo" hittin' the bag to the "Rocky" theme song is worth a peek.