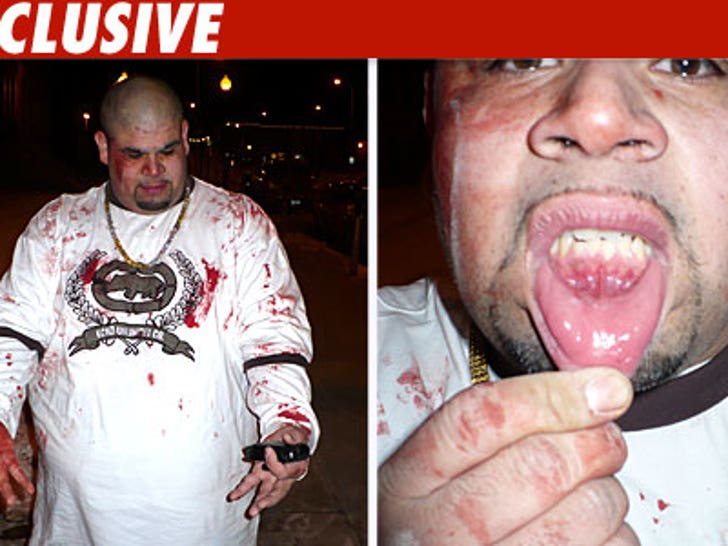 One of the guys in the Vinnie Jones bar fight tells us Vinnie socked him AFTER being mangled by a beer glass. 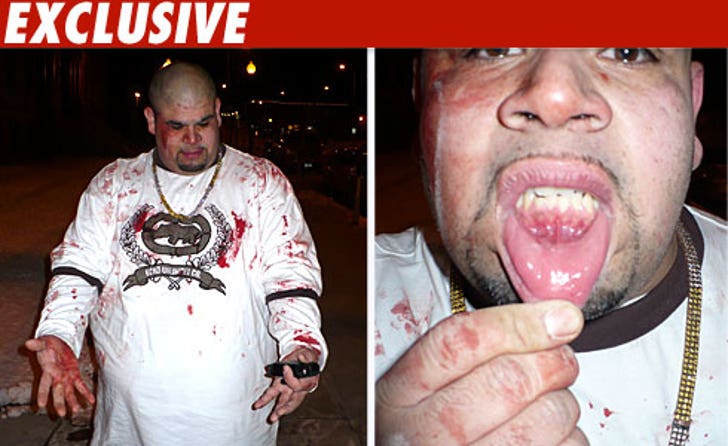 Juan Barrera tells us he and Jesse Bickett were shooting a friendly game of pool when a loud, rude and "visibly drunk" Vinnie approached them. Barrera says Vinnie began taunting Bickett as he impatiently waited his turn to play.

Barrera says Vinnie headbutted Bickett. Barrera went into the bathroom and did not see Bickett retaliate by striking Vinnie in the face with a beer glass. He did, however, see Vinnie taken to the bathroom, his face completely covered in blood -- pieces of glass still embedded in his skin.

Vinnie clearly took a lickin' but kept on tickin' -- after noticing Barrera in the boy's room, Juan says Vinnie hauled off and punched him. BTW, Barrera is 6'1" and weighs 370 lbs.

Vinnie and Bickett were both busted -- Barrera pressed charges.