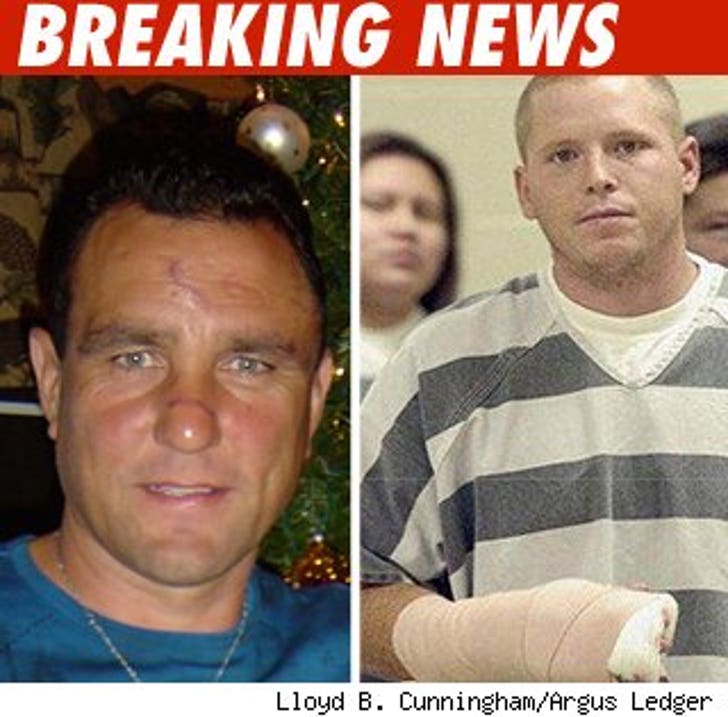 The guy who smashed Vinnie Jones in the face with a glass beer mug during a bar brawl in South Dakota will not face criminal charges.

Prosecutors have dismissed three counts of aggravated assault against 24-year-old Jesse Bickett, after he turned the actor's face into a mangled mess of blood and glass last week.

Minnehaha County State's attorney Dave Nelson said, "After we had an opportunity to review all the evidence, we thought that the incident with which Mr. Bickett was charged was a result of a mutual combat situation."

Both Bickett and Jones were thrown behind bars for the incident and each man has since blamed the other one for starting the fight. Vinnie was never charged.