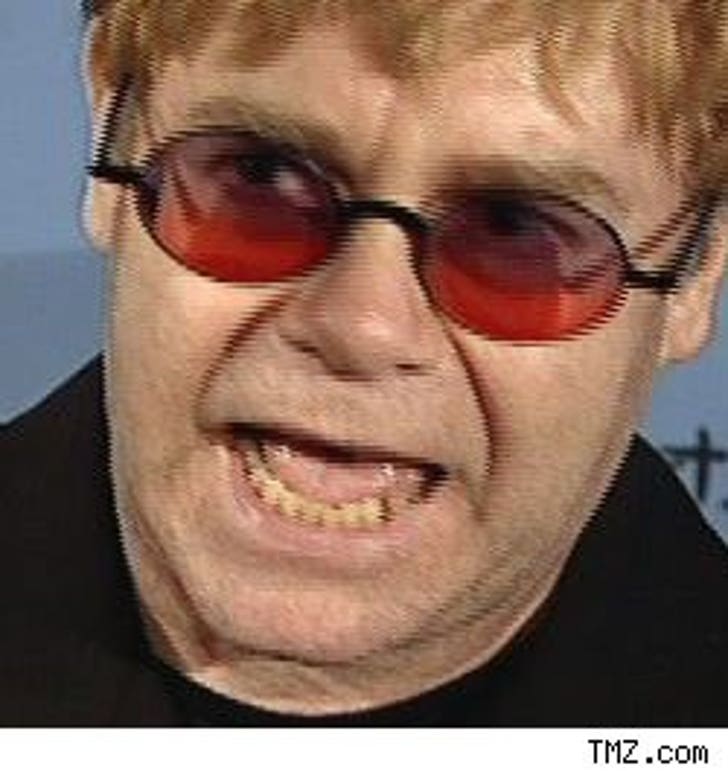 Looks like the Rocket Man himself just got shot back down to earth.

In a landmark decision, The Guardian paper just won their right to have a sense of humor -- after a judge ruled against Elton John's defamation case against the paper.

Elton sued The Guardian over a fake excerpt they printed from the ivory tickler's diary, alleging that Elton cared more about schmoozing the social elite than raising money for AIDS at his annual "White Tie and Tiara Ball."

Perhaps it's time for Elton to click his heels together three times and ask the wizard to help him lighten up.