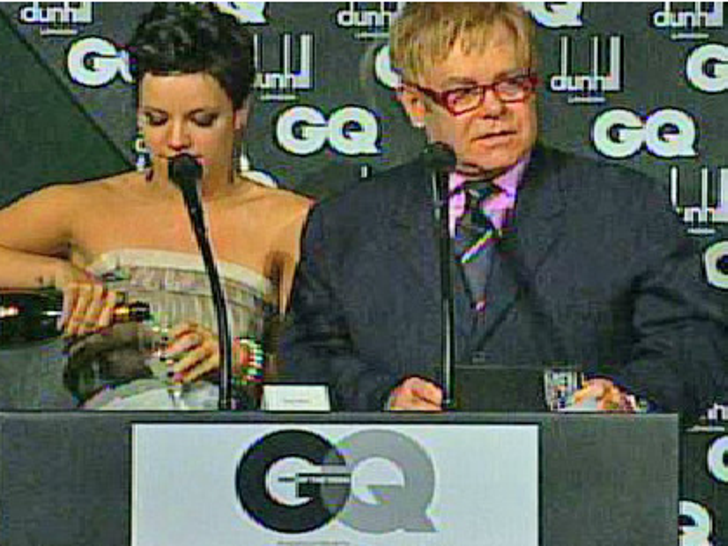 Blow for blow, Elton John can still snort Lily Allen under the table -- and when a catftight broke out between the two of them at last night's GQ Men of the Year Awards in London, the Rocketman let her know it! 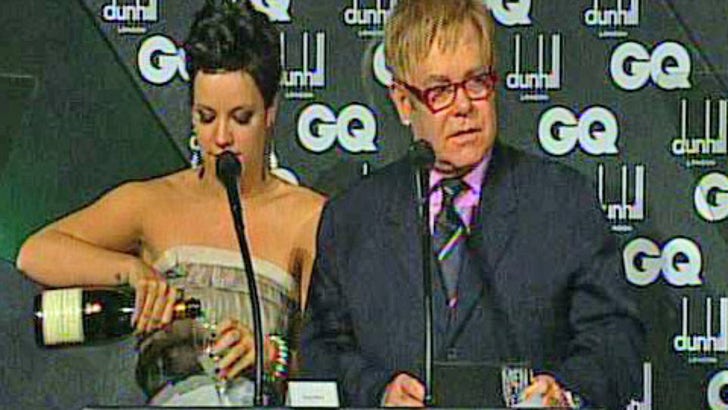 An obviously trashed Allen tried to spar with the master, cussing him out and taking shots at his age, but Elton shut her down slamming Lily for being a drunk and ripping the singer over her alleged penchant for nose candy.

The bitch is back!